Bitcoin price plummets by more than 10% in huge drop

It's the cryptocurrency's biggest price drop since February

The price of Bitcoin went down by 10.8% in the 24 hours up to Sunday morning, just days after the cryptocurrency hit a record high. 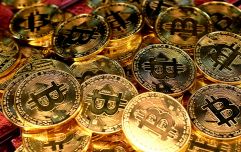 END_OF_DOCUMENT_TOKEN_TO_BE_REPLACED

On Wednesday the price of one Bitcoin had hit an all-time peak of $64,869.78, as cryptocurrency exchange platform Coinbase was launched on the stock market.

Coinbase reports that the slip in price for Bitcoin may be as a result of rumours that the U.S. Treasury is planning to charge financial institutions for money laundering using cryptocurrencies.

Bitcoin has also started to face more regulatory scrutiny in recent months. On Friday, Turkey's central bank announced that it would stop accepting cryptocurrencies as a form of payment from April 30. Insider reports that the bank said the anonymity of digital currencies brings the risk of "non-recoverable" losses.

Meanwhile CNBC has reported that India, one of the world's largest economies, is set to ban cryptocurrencies and criminalise any involvement with them.

India is about to ban cryptocurrencies, fining anyone trading in the country or even holding such assets. The bill, one of the world's strictest policies against cryptocurrencies, would criminalize any direct involvement with crypto. https://t.co/4AWOSV6nqH pic.twitter.com/e5bjpn9J17

Other forms of crypto have seen drops in price over the weekend. Ether, the second-largest coin, dropped in price by 13%. But fear not Doge fans, Elon Musk's favourite crypto seems to be holding out.

KSI loses over 2.8 million after cryptocurrency loses 97% of its value in 24 hours

END_OF_DOCUMENT_TOKEN_TO_BE_REPLACED

And whilst concerns develop over some aspects of bitcoin, many companies are continuing to embrace it. Xbox and PayPal have begun accepting the cryptocurrency as a form of payment, and some major Wall Street firms such as Morgan Stanley are considering owning stakes in Bitcoin in order to give their richest clients access to the world of crypto.

This latest fluctuation in the market though serves as useful reminder to many about the extreme volatility of Bitcoin and other cryptocurrencies, and that they can always fall as quickly as they rise.

popular
Incredible case of the only known individual whose parents were two different species
TikTokers are utterly convinced there is a secret zombie apocalypse going on in China right now
Pop Idol star Darius Danesh found dead aged 41
Darius Danesh opened up about his health struggles before his tragic death aged 41
Jamie Foxx and Snoop Dogg's vampire movie surges to the top of Netflix charts
People are sharing 'evidence' that history's biggest event was staged by humans
Brits who snore could get £156 in DWP benefits every week
You may also like
Sport
Barnsley look to terminate sponsorship deal after homophobic tweets
Sport
John Terry's NFT project plummets in value by 99 per cent since launch
Sport
Crawley Town make third kit available only to fans who buy NFT
Sport
National League in talks over securing NFT partner
Entertainment
Jake Paul is broke after 'putting all his money in crypto,' according to Logan
Next Page