Big-hearted guy sees homeless woman being turned away from McDonald's, decides to help

You don't need to spend more than a minute browsing the internet to find a whole collection of miserable stories about human beings doing unspeakably horrible things.

That said, we shouldn't lose sight of the fact that there are a lot of decent people who are naturally inclined to do decent things for one another. 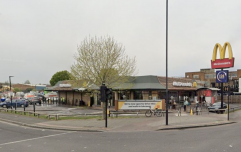 END_OF_DOCUMENT_TOKEN_TO_BE_REPLACED

Take, for example, a Welsh chap who went out of his way to help a homeless lady who'd been turned away from McDonald's after asking for a cup of hot water.

Jonathon Pengelly was on a night out in Cardiff and joined the staggering mob of clubbers in the Maccies post-piss-up chicken nugget queue. But as he was waiting for his order to be taken he noticed the lady in front of him being denied her drink request.

Instead of letting the situation pass him by, he asked her what she would like to eat - to which she very modestly asked for a cheeseburger - and then decided to sit down and ask her about her story.

It ended up being something of a life-affirming night for Jonathon, which he documented in a lengthy Facebook post.

'I couldn't just leave this lady go, she was so warming and so lovely,' he wrote. 'So I sat with her, on the cold hard floor, in the middle of winter and you know what I did? I cried my eyes out.

'You know if people of Cardiff walked passed them [sic] and didn't do anything because, financially, they weren't in the position, I would understand. But people walked passed and laughed at them. I don't care who you are, If this was you; and you're reading this I hate you!

'When I got to speak to them I was genuinely shocked at their story and how educated they were! So full of life and enthusiasm and they literally have nothing!

'I invited Polly and her mate back to my house and we all cooked enough food to feed them and their friends for the next few nights. We boxed them up and packed them in their bags.

'Polly and her mate have had showers, brushed their teeth and they both said they have ever felt so appreciated in their life. 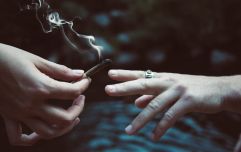 END_OF_DOCUMENT_TOKEN_TO_BE_REPLACED

He's kept in touch with Polly via phone conversations, and donated food, blankets and pillows to make her life that bit more manageable.

A spokesperson for McDonald's told Metro that the woman had been turned away due to a previous incident.

"There is no McDonald’s policy to ban or refuse to serve homeless people," she said.

"Working with the local police, our Cardiff stores have had to ban a number of individuals due to illegal and anti-social behaviour which is why this individual was denied entry to the store.