Campaigners have hailed a 'victory for equality'

Gypsies and travellers can no longer be blanket banned from stopping on parcels of land, the high court has ruled. 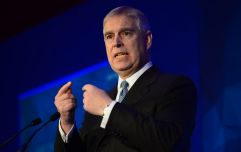 END_OF_DOCUMENT_TOKEN_TO_BE_REPLACED

Various councils have used injunctions against "persons unknown" since 2015 to prevent Gypsies and Travellers from certain land, even if those people had no knowledge of the injunction or were new to an area.

The ruling means it is now likely that current injunctions "against persons unknown" will be discharged.

Before the ruling, those accused of breaching the injunction could face up to two years in prison, and an unlimited fine.

38 cases from across England were brought to Mr Justice Nicklin to clarify laws on unlawful camps and trespassing.

In response to councils saying they have struggled to identify all the occupants, the judge said authorities must try to identify the people they are seeking injunctions against or explain why they can't be named.

"If the court cannot identify the individuals who will be restrained by the injunction, it cannot begin to assess the particular circumstances of each person to be restrained, whether an injunction is necessary in that person’s case and whether the terms of the injunction are proportionate," said Nicklin.

Public affairs and policy manager at Friends, Families, and Travellers Abbie Kirkby said the injunctions were "a symptom of the complete failure by local authorities to identify suitable land on which Gypsies and Travellers can stop."

popular
Netflix broadcast someone’s phone number in Squid Game and she got ‘4,000 calls a day’
Salt Bae customers disgusted at price of steak in his London restaurant
Why Inter Milan had to remove snake from away kit for Champions League tie
Grimes says she's starting a 'lesbian space commune' after Musk split
Lionel Messi scores his first PSG goal in spectacular style
YouTuber Mel Thompson dies aged 35
If you like Squid Game here's 6 shows you'll want to watch next
You may also like
News
Marcus Rashford calls for government to axe universal credit cut
News
Woman admits to joining fuel queues because 'everyone else is'
News
Brits warned over number plate change coming into force this month
News
European drivers 'will not return to UK to fix sh*t they created', warns haulage chief
News
Up to 90% of petrol stations have run dry
Next Page