The ban was introduced yesterday

A 48-hour ban on travel from the United Kingdom to Ireland is likely to be extended beyond Tuesday. 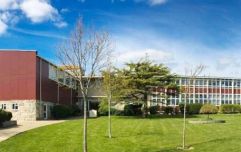 END_OF_DOCUMENT_TOKEN_TO_BE_REPLACED

According to the Irish Times, the Irish government is considering imposing stricter travel restrictions on the UK following the discovery of a coronavirus variant.

The ban, which was introduced by Ireland and a number of other European Union member states at midnight last night, concerns a new strain of Covid-19 that is said to be 70 percent more transmittable than other strains.

European Union member states are set to hold an emergency meeting on Monday to discuss the potential extension of the travel ban from the UK. The ban has understandably caused chaos this week as hundreds of Irish emigrants have become stranded while trying to return home for Christmas.

The scope of the extension EU member states are considering is not yet known.

Secretary of State Matt Hancock said yesterday that the variant Covid-19 strain situation is "out of control" and that he is "really worried" about how the NHS will cope.

"It is out of control and we need to bring it under control," he told BBC1's The Andrew Marr Show yesterday.

"I am really worried about the NHS. There are currently just over 18,000 in NHS hospitals with coronavirus. 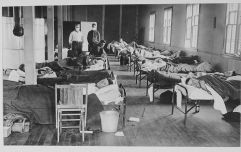 END_OF_DOCUMENT_TOKEN_TO_BE_REPLACED

"That is only just below the number there were at the first peak. It is another reason why everybody needs to follow the new rules and take that personal responsibility."

The new strain of coronavirus was first found in the UK in September and has since spread rapidly across London and the southeast of England.

Scotland has since banned all travel in and out of the country, with all non-essential travel restricted to and from London, the southeast of England, and Wales.

These areas have entered Tier 4 restrictions, the UK's most strict set of restrictions, which involves no indoor mixing of households and the closure of all non-essential shops and businesses.

Ireland reported its highest number of daily cases in almost two months yesterday, at 764. The death toll increased by four.