The supermarket put a halt to its petrol deposit scheme after customer complaints.

Asda was forced to halt a controversial £99 petrol charge trial for customers using 'pay at pump' facilities at some stores this week. END_OF_DOCUMENT_TOKEN_TO_BE_REPLACED

Customers were debited £99 - a temporary holding charge - at three stores in West Yorkshire, Wales and Cheshire, MoneySavingExpert reports. The charge was applied to customers' cards when paying at the pump to ensure they had enough money to pay for the fuel, the supermarket said.

The scheme was suspended after customers complained that they were being charged close to £100 on top of their fuel bill. The deposit was intended to be immediately refunded upon full receipt of payment for petrol, but some banks were unable to return the money straight away.

In a statement, Asda said: "The intention of Visa and MasterCard in this trial was to ensure customers had sufficient funds in their account to pay for their fuel, and the £99 would be immediately released back to customers by their bank. END_OF_DOCUMENT_TOKEN_TO_BE_REPLACED

"Whilst we have received very few complaints about this process, until we can be given assurance that all banks are able to comply with the Visa and MasterCard rule change, we cannot continue to implement this change and risk harming our customers' trust in us."

Due to a change in industry rules, 'pay at pump' facilities are required to charge a value equivalent to a full tank of fuel to ensure customers have enough money to pay for their petrol.

One customer affected by the charge, Jade Louise, was charged the £99 deposit, despite having paid the £5 balance for her fuel. In a post on Facebook, Louise said: “Don’t go to Asda for fuel unless you can live without £99 for around 2-3 days. 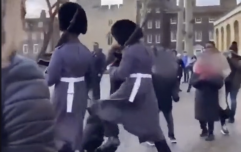 END_OF_DOCUMENT_TOKEN_TO_BE_REPLACED

“They’ve brought in a new system that allows them to take £99 out of your account as a 'deposit' for your fuel then a second transaction of the fuel you’ve actually taken. I rang ASDA and a manager said they are trialling this. They used to pre-authorise your card for £1 but now it is £99.

“So that is money taken from your account that you can’t use until they release it back once the other payment has cleared." Louise described the system as an "absolute joke".

Asda said that the money wasn't actually taken from her account, saying: "We take any customer complaint seriously, but it's important to clarify that at no point has Asda taken or held Jade Louise's money as a result of this transaction.

"Visa and MasterCard have increased the minimum pre-authorisation amount at pay at the pump petrol pumps for all retailers and unfortunately, there seems to have been a delay in Jade Louise's bank releasing the hold."