This would be absolutely huge.

Asda and Sainsbury's could be set for a Super Saiyan-esque fusion which could Kamehameha the retail industry as we currently know it. 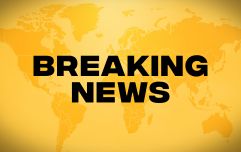 END_OF_DOCUMENT_TOKEN_TO_BE_REPLACED

In the move, announced by Sky News, Britain's second and third largest food retailers would form a tag-team to take on their largest rival Tesco - with the deal reportedly already in advanced talks.

It's yet to be reported how exactly the deal would work, but it is believed that one possibility would see Wal-Mart turn Asda stores into Sainsbury's and hold a big stake in the combined group.

To take effect the Competition and Markets Authority would have to approve the deal, which would be worth around £10 billion. Sky sources claim an announcement could be made as early as Monday.

In recent years, both ASDA and Sainsbury's have been hit by the emergence of German discount supermarkets Aldi and Lidl.

Sainsbury's chief executive, Mike Coupe, is said to have been one of the main players behind the proposed plan.

Sky News City Editor @MarkKleinmanSky exclusively breaks the news that Sainsbury's and Asda are in advanced talks over a shock merger pic.twitter.com/JIS9b03t1A