This comes after there were calls within the Democratic Unionist Party (DUP) for a leadership contest. 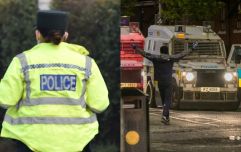 END_OF_DOCUMENT_TOKEN_TO_BE_REPLACED

In a statement, the DUP Leader and First Minister Arlene Foster said: "A short time ago I called the Party Chairman to inform him that I intend to step down as leader of the Democratic Unionist Party on the twenty-eighth of May and as First Minister of Northern Ireland at the end of June.

"It is important to give space over the next few weeks for the Party Officers to make arrangements for the election of a new leader. When elected I will work with the new leader on transition arrangements."

She added: "It has been the privilege of my life to serve the people of Northern Ireland as their First Minister and to represent my home constituency of Fermanagh/South Tyrone."

This comes after three quarters of the members of the DUP's Northern Ireland Assembly signed a letter which demanded a leadership contest.

In the statement, Foster said that, during her time as the leader of the DUP, "there have been ups and downs over the last five and a half years."

Foster concluded with a message of unionism as she looked towards the future of Northern Ireland. 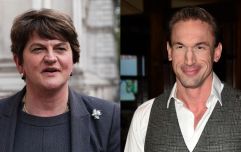 END_OF_DOCUMENT_TOKEN_TO_BE_REPLACED

"The future of unionism and Northern Ireland will not be found in division, it will only be found in sharing this place we all are privileged to call home."

Foster is set to step down as the DUP's leader on 28 May and resign as Northern Ireland's First Minister towards the end of June.

popular
John Bercow joins Labour party and launches attack on Boris Johnson
The JOE Friday Pub Quiz: Week 248
Hungary pull out 'celebration of the tournament' after opener against France
Rio Ferdinand responds to fans calling him out on terrible Scotland prediction
Cristiano Ronaldo's lung-busting run to score Portugal opener was inhuman
Southgate explains why he didn't move Coke bottles like Ronaldo
Bobby Zamora scores screamer at local 7-a-side
You may also like
News
Belfast riots: 'It feels like a game once you're in it'
News
Bus hijacked and left to freewheel as Belfast violence continues
News
Violence continues in Northern Ireland with petrol bombs thrown at police
Politics
Sinn Fein leader Mary Lou McDonald says there will be a united Ireland 'this decade'
News
Northern Ireland announces four-week lockdown restrictions
Next Page