Amazon loses a monumental amount of money, but the company is far from broke

The world likes to pretend we don't contribute to Jeff Bezos' obscene wealth, and while we all complain about his monumental earnings, we continue to purchase everything but the kitchen sink from Amazon (However, if you were looking for one, they do sell kitchen sinks).

But in perhaps a small victory against capitalism, Amazon reported their earnings dramatically lower than what analysts predicted, meaning that Bezos is $13.5 billion out of pocket.

The Seattle Times reported that Amazon's revenue rose 44 per cent compared to the same period last year, to $108.5 billion. The company’s net income, meanwhile, more than tripled to a record $8.1 billion, or $15.79 per share. Amazon’s performance beat analysts’ projections, which had predicted revenue would situate around $104.7 billion with earnings per share of $9.62.

END_OF_DOCUMENT_TOKEN_TO_BE_REPLACED

But the companies second-quarter results have done immense damage to Bezos's wallet, which don't get me wrong, is still miles bigger than any other fortune. The after-market results on Thursday didn’t meet Wall Street’s expectations, which meant we could be seeing an end to the surge the pandemic created.

The Independent reports that the company posted $100bn in revenue for the third quarter. Their share price plummeted 7.2 per cent to around $3,340 on Friday. This dragged the overall earnings of both Bezos and his business baby to an estimated $196.6bn, from a starting point of around $207bn.

In other Bezos news, the former CEO called out NASA for choosing to offer SpaceX a contract to reach Europa, one of Jupiter's moons. 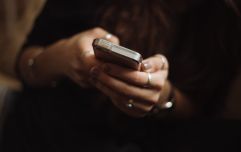 END_OF_DOCUMENT_TOKEN_TO_BE_REPLACED

He said: "Instead of this single source approach, NASA should embrace its original strategy of competition."

"Without competition, a short time into the contract, NASA will find itself with limited options as it attempts to negotiate missed deadlines, design changes, and cost overruns."

SpaceX’s Falcon Heavy rocket has been selected to launch the Europa Clipper mission to Jupiter in 2024! (Credit: SpaceX) 🚀 pic.twitter.com/pFBS6kfj7x

"In April (prior to your confirmation as NASA administrator), only one HLS bidder, SpaceX, was offered the opportunity to revise their price and funding profile, leading to their selection.

"Blue Origin was not offered the same opportunity. That was a mistake, it was unusual, and it was a missed opportunity. But it is not too late to remedy. We stand ready to help NASA moderate its technical risks and solve its budgetary constraints and put the Artemis Program back on a more competitive, credible, and sustainable path."

popular
Landlord faces £40k fine after tenant puts swimming pool on roof of flats
Footage of Boris Johnson shopping in Greece emerges as PM jets off on second holiday in as many weeks
Graeme Souness under fire for calling football a ‘man’s game' while sat with Karen Carney
Comedian cancelled after ‘getting his penis out on stage’ during Edinburgh Fringe Festival
Incredible case of the only known individual whose parents were two different species
Jeremy Kyle's security guard Big Steve is now on Drag Race
Man 19 years older than his wife shocked to learn he had met her when she was a baby
You may also like
News
Ian Hislop says ‘entire Tory party’ should resign for supporting Boris Johnson
News
Bill Gates is still warning the world of another pandemic
News
Is a new Omicron variant causing a new covid wave, and does anybody care?
Crime
Man jailed for using covid support to buy Pokémon card worth $57,000
News
Hong Kong facilities struggle to store dead bodies as covid deaths climb
Next Page