Many British people are addicted to social media, so we're not sure how well people would cope if Facebook was banned all over the country all of a sudden.

But this is exaclty what happened in Algeria in attempts to stop students from cheating in exams, according to The Independent. 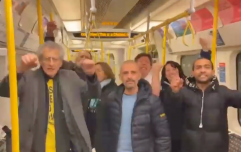 END_OF_DOCUMENT_TOKEN_TO_BE_REPLACED

This is a result of exam papers already being leaked online earlier this month. After they were shared online dozens of people were arrested in attempts to find out how exactly the papers began circling around on social media.

Astonishingly, over half a million students are expected to take re-sits as a result.

As retakes now begin the government is taking extreme measures to ensure the students will not share the papers, by banning social media accounts such as Twitter and Facebook.

However, it appears that it is only social media accounts that have been blocked which means that many sites and modes of communication are still available in Algeria.

Obviously, if you've spent more than five minutes online you'll realise that there is more to the world wide web than just social media, so this means that people could still potentially distribute and receive leaked papers.

But at least they won't have to put up with melodramatic status updates while doing it.