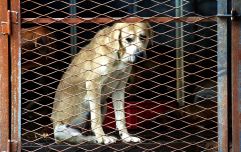 END_OF_DOCUMENT_TOKEN_TO_BE_REPLACED

Beresford told his co-host "it's good to be back" on GMB, following reports that he could be the favourite to replace Piers Morgan, who dramatically left the show last month.

Morgan quit the show earlier this month after making controversial comments about Meghan Markle pertaining to her struggle with her mental health during her time as a senior member of the Royal family.

Ofcom received more than 41,000 complaints relating to Morgan's comments about the Duchess of Sussex.

Beresford, who predominantly reports the weather on the breakfast show, also acts as a co-host for the show whenever needed.

Morgan and Beresford publicly clashed on GMB following the former host's comments about Meghan Markle, which resulted in Piers dramatically storming off set.

During the live spat, Beresford said to Morgan: "I understand that you don’t like Meghan Markle. You’ve made it so clear, a number of times on this programme. A number of times.

"And I understand that you’ve got a personal relationship with Meghan Markle and she cut you off. She’s entitled to cut you off, if she wants to. Has she said anything about you since she cut you off? I don’t think she has. But yet you continue to trash her." 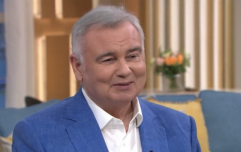 END_OF_DOCUMENT_TOKEN_TO_BE_REPLACED

John Hill from the bookmakers Coral said: "Alex Beresford stepped into the presenter role this morning on GMB and on the back of that his odds have been slashed to get the gig on a permanent basis."

“GMB are clearly taking their time to announce Piers Morgan's replacement and after he got his chance to shine today, Beresford must now be among the shortlist," he continued.