The king is dead, long live the king

Aldi has deposed Waitrose as the UK's favourite supermarket. 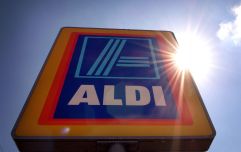 END_OF_DOCUMENT_TOKEN_TO_BE_REPLACED

Consumer watchdog Which? has released its annual supermarket customer satisfaction survey, showing that after three years at the top of the foodchain Waitrose now languishes in fourth place - with Aldi reigning supreme.

Customers prefer Aldi's special offers and high quality fresh and own-label produce. Waitrose's spacious store layouts and helpful staff made it the victor for in-store experience, but it wasn't enough to fight off Marks & Spencer and Lidl in second and third respectively.

Waitrose was given a two star value for money rating compared to Aldi and Lidl's five, after 6,800 people were surveyed. 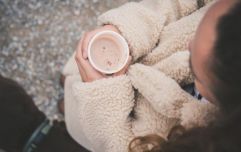 END_OF_DOCUMENT_TOKEN_TO_BE_REPLACED

Alex Neill, managing director of Which? home products and services, said: “With food costs rising it seems as though shoppers have felt the pinch and are voting with their feet and wallets. Aldi and Lidl have won over their customers with value for money.”

Some shoppers were critical of aspects of Aldi’s store experience, describing them as “untidy” and complaining of “rushed checkouts”. But they happy to tolerate such shortcomings to save money.

“The big four supermarkets need to up their game or risk losing their customers to other supermarkets who are doing a better job of giving people what they want,” Neill said.

popular
Robin Williams' wife shares reason why he killed himself
‘Time traveller from 2090’ warns humans of worst event in history in coming days
Fans shocked by Tommy Lee's extremely X-rated post on Instagram
Woman arrested after husband caught her on video allegedly using drain cleaner to poison him
Groom shocks wedding by playing video of his bride cheating with her brother-in-law
Antonio Conte 'banishes' four Tottenham players from first-team
Emergency service workers took photographs of Kobe Bryant’s body 'for a laugh’
You may also like
News
Aldi says Cuthbert the Caterpillar is ‘free’ after lawsuit settlement
Life
Aldi is selling pet steps for £5.99 so small dogs can climb onto sofas or beds
Life
Aldi is selling a heated dressing gown and it's a perfect winter warmer
News
Shopper hits out at Aldi over 'vile' word kids should 'never see'
News
Viewers spot Cuthbert the Caterpillar being arrested in new Aldi Christmas advert
Next Page