Now, Broome has swapped his good times for God. 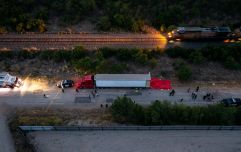 END_OF_DOCUMENT_TOKEN_TO_BE_REPLACED

Speaking to the New York Post on March 29, Broome said he had “lost track” of who he was, adding, “Everything was lies and fiction… I wanted to take my own life and didn’t have the guts to do so.” 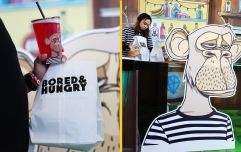 END_OF_DOCUMENT_TOKEN_TO_BE_REPLACED

“I believed the lie that if I made money I would be happy,” he said. “I made well over a million dollars. I travelled everywhere I wanted to go. I had all the sex I could have ever imagined. But once I had it all, my life fell apart, because it amplified the sorrow and emptiness I always felt inside.”

Announcing his retirement in 2012, Broome moved to North Carolina, where he continued to battle depression and was “riddled with shame,” trying to hide his former career while working at a gym.

Broome later studied biblical theology and married a woman named Hope 2016, who he’d met at the gym. The couple now have three kids.

“I built a life I can be proud of, and when I lie my head on the pillow at night I’m not ashamed and I don’t feel guilty,” Broome revealed. “You can allow your past to own you or you can take control and own your past.”

popular
British teen says she was raped in Majorca hotel by 'famous actor and musician'
Bette Midler wants the US to ban Viagra because it’s ‘God’s will’ to have a ‘limp d**k’
Radio station plays 'Killing in the Name' non-stop from 6am after multiple staff get fired
Supermarket cracks down on people breaking off broccoli stems to save money at the till
Amber Heard is now being investigated for perjury
A definitive ranking of every swear word from worst to best
Lewis Hamilton could be banned from British Grand Prix
You may also like
Life
Subway worker shot dead for putting too much mayo on sandwich
Life
Women are going on a sex strike after abortion rights were overturned in the US
News
Emotional Megan Rapinoe blasts 'cruel' Supreme Court abortion ruling
News
Joe Biden accidentally reveals another cheat sheet during White House meeting
Crime
Boy, five, dies in hot car after being left for up to three hours by mum preparing party
Next Page