900,000 litres of alcohol have gone missing in India, and the police's explanation is astounding

We smell a rat.

Police in the Indian state of Bihar have been confiscating alcohol in the region for the past 13 months since it was made illegal in April 2016. In that time, police have gathered roughly 40,000 cases (about 900,000 litres) of the good stuff. 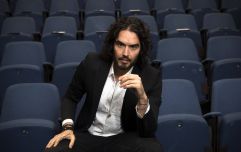 END_OF_DOCUMENT_TOKEN_TO_BE_REPLACED

A slight issue emerged this week, however, in that all of it has gone missing quite suddenly. Senior Superintendent of Bihar's capital city, Patna, Manu Maharaj was informed this week of the disappearance of the alcohol, and he was also given a pretty spectacular reason for the alcohol's absence.

According to The Hindu newspaper, the superintendent's subordinates told him that rats chewed through the bottle caps in order to gain access to the alcohol.

"If they fail the test they could even lose their jobs, apart from being prosecuted under the new stringent excise and prohibition laws."