She dreamt of space, now she gets to go!

The race to space is a battle between billionaires and those with enormous egos. 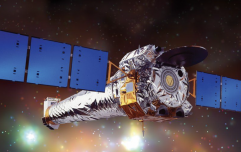 NASA finds first planet ever outside our galaxy

END_OF_DOCUMENT_TOKEN_TO_BE_REPLACED

Amazon founder Jeff Bezos's 'New Shepherd' will shoot off into space on July 20th, accompanied by his brother and an undisclosed auction winner who splashed out a whopping $28 million on the seat - here's to hoping the lucky winner is Beyonce.

But there is another guest on the flight.

82-year-old Wally Funk will also suit up for the mission, an ambition she has had for her entire life.

Funnily enough, Funk is actually the most qualified person on board, with a staggering 19,600 flight hours in her wheelhouse, and having taught over 3,000 people to fly.

In 1960, Funk was one of thirteen women who passed tests laid out by Doctor William Randolph Lovelace to see if women could pass the same medical tests as other astronauts. However, the 'Mercury 13' never went to space, and NASA did not send a woman up until more than a decade later. 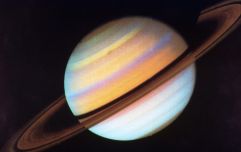 Saturn is losing its rings, much faster than experts thought

END_OF_DOCUMENT_TOKEN_TO_BE_REPLACED

Her inherent need to get into space pushed her to buy a ticket for Virgin's Galactic's SpaceShipTwo, but that has yet to venture into space.

Wally Funk, one of the 13 women who passed NASA's astronaut training program in the 1960s, will join Amazon's billionaire founder Jeff Bezos on the first crewed flight into space from his rocket company Blue Origin later this month https://t.co/gxoX3NZFnh 1/4 pic.twitter.com/h9GRX73dme

The look on Funk's face is infectiously joyous. 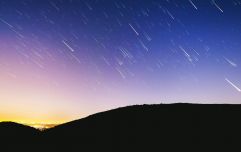 END_OF_DOCUMENT_TOKEN_TO_BE_REPLACED

Though she may not be the first woman to make it into space, she will be the oldest person ever to break through the Earth's atmosphere. Astronaut John Glenn currently holds that title and, considering he once said that women shouldn't be astronauts, he can kindly eat his words.

popular
Jada Pinkett Smith admits she had to lower her sex expectations of Will Smith
Man knocked out in single punch by ASDA security guard and dragged across floor by his hoodie
Gordon Ramsay hits back at radio host for 'fat-shaming' daughter Tilly
Influencer criticised for photoshoot at her dad's funeral
Average number of sexual partners in UK revealed
UFC star Paddy The Baddy explains why he's 'Scouse not English'
Mum and boyfriend arrested after three children found living next to remains of eight-year-old brother
You may also like
News
Strange radio waves from centre of galaxy are baffling astronomers
Life
Grimes says she's starting a 'lesbian space commune' after Musk split
News
World is not ready to overcome 'once-in-a-century' superstorm, warn scientists
News
SpaceX to launch first all-civilian crew into orbit
News
Supernova blast captured for the first time in history
Next Page