6,500 migrant workers have died in Qatar since the country was awarded the World Cup

Over 6,500 migrant workers have died while in Qatar since the country won the 2022 World Cup hosting rights

As reported by the Guardian, thousands of workers from India, Pakistan, Nepal, Bangladesh and Sri Lanka have died since December 2010, when Qatar celebrated securing the tournament.

The Guardian's report is compiled from government sources and estimates that an average of 12 migrant workers have died every week since 2010.

And according to data from Pakistan’s embassy in Qatar, a further 824 Pakistani workers also died between 2010 and 2020.

The Guardian reports that the actual death toll is likely to be much higher, as the data does not include several other countries from which a large number of migrant workers arrive in Qatar, including the Philippines and Kenya.

Since being awarded the World Cup, Qatar has undergone a series of major construction projects to be ready for the tournament, most notably building seven new stadiums and refurbishing an eighth existing ground.

Other developments being undertaken for the tournament include a new airport, new roads and public transport systems, extra hotels, and work on the new city of Lusail, which will host the World Cup final. 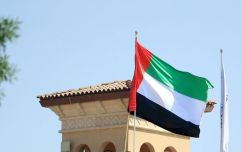 END_OF_DOCUMENT_TOKEN_TO_BE_REPLACED

37 migrant worker deaths have been linked to the building of the World Cup stadiums, though 34 of those have been called "non-work related" by the country's organising committee. According to the Guardian's report, however, experts have questioned this term, saying that it has been used to cover workers who have collapsed and died on-site.

"With the very stringent health and safety measures on site … the frequency of accidents on Fifa World Cup construction sites has been low when compared to other major construction projects around the world," said Fifa in a statement when asked about the report.

The committee organising the World Cup in Qatar told The Guardian: "We deeply regret all of these tragedies and investigated each incident to ensure lessons were learned. We have always maintained transparency around this issue and dispute inaccurate claims around the number of workers who have died on our projects."