The designers claim people need to arm themselves for protection

With the files easily accessible on the internet, 3D-printed guns are appearing on UK streets in what the police refer to as an "emerging trend." 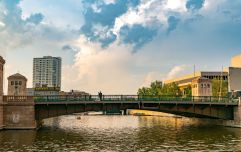 END_OF_DOCUMENT_TOKEN_TO_BE_REPLACED

While firearms are illegal in the UK, unlike some of our Western allies, 3D printed models are accessible to the general public who can download the files themselves.

According to Sky News, the designers are mostly American males and regularly give out designs for free while sharing videos of themselves testing out the guns. In one video, a man does a push-up on the gun to illustrate how sturdy it is. 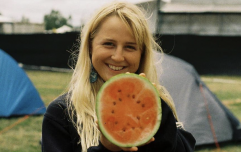 END_OF_DOCUMENT_TOKEN_TO_BE_REPLACED

"There's no 3D Guns Incorporated. There's no CEO of 3D-printed guns," Matt Larosiere, a part of the community, told Sky News. "But I will tell you the prevailing motivations that I've seen of the people in our communities is just an incredible love of freedom and the people and an understanding that we have the right to bodily autonomy."

"And the best way to keep our bodies secure is to have effective mechanisms to defend ourselves," he added. 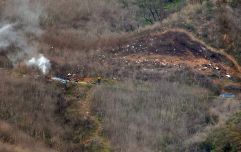 END_OF_DOCUMENT_TOKEN_TO_BE_REPLACED

Such rhetoric is often heard as a defence in America, where 700 people have been killed by firearms since the Texas mass shooting on May 24. Like many gun-toting Americans, Larosiere believes governments are a threat to individual safety.

While no one would argue with the suggestion that governments are corrupt, do we really need guns to combat the issue?

"Frankly, as we've seen in places like Myanmar, the government is generally lying to you about most things and you should probably print a gun in case you have to shoot them," he added.

Since 2019, six people in the UK have been prosecuted for 3D-printed gun-related crimes. While the number may seem inconsequential, the Metropolitan Police have urged their officers to be cautious of weapons that don't appear as traditionally expected.

"It's an emerging trend and one that our staff are aware of," said Detective Chief Superintendent Nick Blackburn. "We need to understand the threat, treat it as an emerging threat, monitor it, monitor those people that are looking at this online if we can and intercept those weapons before they hit the streets of London."

popular
The JOE Friday Pub Quiz: Week 308
Multiple fatalities after planes collide mid-air over airport
Former Playboy Bunnies detail what it was like having unprotected orgies with Hugh Hefner
Pilots fly over destination airport at 37,000 feet - because they were both sleeping
Incredible case of the only known individual whose parents were two different species
Mum cuts off boyfriend's 'private parts' after he 'tried to rape 14-year-old daughter'
Man plunges to his death after drawbridge opens as he was crossing it
You may also like
Crime
Woman arrested for murder after inmate dies following visitation kiss
Politics
Sarah Palin 'Zoom bombed' by drawing of giant penis
News
Alex Jones may only pay fraction of $49m defamation damages thanks to Texas law
News
McDonald's worker shot dead after serving customer cold fries
Entertainment
Police hunt Bradley Cooper lookalike after he steals from Home Depot
Next Page