A raid aimed at cracking down on drug and child trafficking, among other crimes, in Brazil on Thursday 6th May left a total of 28 people dead, including one police officer. 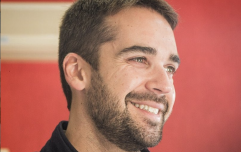 END_OF_DOCUMENT_TOKEN_TO_BE_REPLACED

Civilians and passersby are believed to be among the dead, with one dead police officer and two injured; a further two civilians were also injured by stray bullets that passed through a stationary train.

The raid took place in the densely populated, poor and mostly non-white community of Jacarezinho in Rio de Janeiro. While the numbers first released were said to be 25 people, according to CNN Brasil that number has now reached 28 and could still climb.

Whilst the city's governor, Cláudio Castro, declared the assault on the favelas as "the faithful execution of dozens of warrants issued by the Justice", the U.N. has now called for an independent probe to investigate the operation. As you can see in the images above, people had to flee along the rooftops of favelas and residents are trying to sell their houses immediately.

Rupert Colville, a spokesman for the U.N.'s High Commissioner for Human Rights, described it as Rio de Janeiro's "deadliest operation in more than a decade” and that it "furthers a long-standing trend of unnecessary and disproportionate use of force by police in Brazil’s poor, marginalised and predominantly Afro-Brazilian neighbourhoods, known as favelas.”

The favelas of Brazil are infamously low-income areas that are a hotbed for criminal activity, with this operation reportedly looking to target the Comando Vermelho (Red Command) gang, who had been recently linked with recruiting children into their gang, as well as carrying out a number of homicides, kidnappings and robberies.

Those caught in the raid said that police entered homes without warrants and chased suspects into other peoples houses before shooting them dead. Speaking to AP, one woman said that an unarmed man barged into her home, bleeding from a gunshot wound and was shot by police in her daughter’s room, right in front of her family. Hours later, blood was still pooled on her floor.

END_OF_DOCUMENT_TOKEN_TO_BE_REPLACED

This is by no means the first of its kind either. As per NPR, in 2005, a similar police raid on the city's northern outskirts killed 29 people; in 2019, 6,357 were killed at the hands of police nationwide, nearly 80% of them Black, and 450 have been killed by March this year alone.