Dear British media, you could use a few pointers.

Since you guys decided to hold the world's dumbest referendum and decided by a margin as slim as a slice of gammon to leave the European Union, it hasn't exactly been a banner time for Ireland-UK relations.

It has also led to the greatest surge in articles on the matter of our odd-couple brand of geopolitics since the Good Friday Agreement was signed. Unfortunately, when it comes to covering us, you guys have thus far proven yourself, and I am putting this delicately, deficient. This past week's coverage of our decision to repeal the Eighth Amendment has made that painfully clear.

We'd love to hold our hands up and say both sides are at it, but that's simply not true. The sad reality is that you guys don't understand us. And we could forgive that, but frankly, it just seems like you aren't even trying very hard.

And as we said, you guys are plodding along with your plan to leave the EU, and I know this never occurred to you — but that's going to affect Ireland in myriad ways. And we're going to be pretty mouthy about it. And you guys are probably going to have to report on us a lot. So, in the interest of helping you all out, here are some things you should know before you try to cover Irish news.

Rule #1: Do not go on air if you cannot pronounce the word Taoiseach

We're going to start off with one of the most basic possible demands we could make. Learn to pronounce our word for our head of government.

While you're at it, some other ones to learn are Oireachtas, Dáil Éireann, Teachta Dála, Fine Gael and Fianna Fáil. It might seem like we're asking a lot but hey, we learned your whole language. Because we had to, or otherwise your ancestors would have killed us. From what I can tell, you guys don't seem to remember that, but it happened.

Laurie Penny took the confusion over the word Taoiseach to the next level this week with her much-maligned piece on Patreon, confusing it for the word Oireachtas — which refers to the Irish parliament.

But hey, you've only lived next door forever. No big deal.

END_OF_DOCUMENT_TOKEN_TO_BE_REPLACED

Okay, how many progressive referendums do we need to absolutely smash before you guys realise that this place just isn't all that Catholic anymore?

The Irish Catholic Church has been engulfed by scandal in recent years. Whether it's new details emerging about the horrors of the Magdalene laundries, the nightmarish, abhorrent behaviour of the church in the Tuam babies case, or the sexual abuse detailed in the Ferns Report, let's just say we're not on the best terms with the religion that shaped our country for so long.

When you guys go on TV or launch into your columns and talk about how Catholic and conservative we are, it really looks like you guys haven't heard from an Irish person in at least a decade. And let's be real, knowing you guys, you haven't.

Okay, didn't think we had to spell this one out for you, but Kay Burley's calamitous coverage of the Eighth Referendum on Sky News has let us know otherwise. Burley, with a straight face, asked Housing Minister Eoghan Murphy whether he'd be able to explain his decision to vote Yes to Repeal to... Pope Francis when he visits Ireland later this year.

Murphy was basically just kind of like "Eh... yeah." Because it was a weird and dumb question, and we're so emphatically no longer a country that forms policy based on the fear that we might get a stern letter from the Vatican.

Ireland's Prime Minister Leo Varadkar is welcomed by rapturous cheers as he arrives on stage at Dublin Castle #8thref pic.twitter.com/f9R89MASP2

The Good Friday Agreement is largely credited with bringing to an end an era of violence that has scarred our country forever. It is an agreement that is fundamental to the safety and quality of life of people on both sides of the North-South border.

Recently enough, your Minister for State for Immigration Caroline Nokes admitted that she had never read the document.

It's efficacy has been profoundly threatened by Great Britain's decision to leave the EU (as we know, Northern Ireland voted to remain). It is extremely plausible Brexit only passed because none of you thought to bring up the Good Friday Agreement before June 23, 2016. Since then, unsurprisingly, you've all been hearing a lot more of it. Our advice? Either read it, or have an intern read it and explain it to you in detail. This one goes for politicians too. 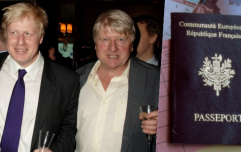 END_OF_DOCUMENT_TOKEN_TO_BE_REPLACED

Being unable to pronounce specific words aside, you guys need to come to terms with the fact that almost all of us speak English as our first language, and only a few of us speak fluent Irish. And we refer to it as Irish. And when we're speaking Irish, we are speaking "as Gaeilge".

We don't really call it Gaelic, we just call it Irish, so when you guys insist on calling it Gaelic it really jars with us. When we're speaking English with our accents (sorry, but your ancestors couldn't get rid of our accents), we are still speaking English — not a different language. You know, like the Aussies do?

Rachel Johnson's tweet praising Kay Burley conducting her coverage of the Eighth Referendum through "clear English and not Gaelic throughout" was a low point for this kind of ignorance.

I made a moronic reference to "Gaelic" in my tweet about TV coverage of the Irish abortion referendum yesterday and Twitter has rightly pointed out in how many ways I fecked up in using that word. Sorry.

Cúpla focal? Cúpla fuck off until you've got a handle on this stuff, lads.

Since Euro '88 we've been politely asking you guys to stop calling us that. We realise that you seem to think calling us by the Irish word for the island of Ireland is kind of like... reparations for the 800 years of oppression, but we'll level with you: we don't really care for it. We just call ourselves Ireland.

You don't go around referring to Finland as Suomi or Hungary as Magyarország, so Ireland is fine. You forced us to speak your language. You slaughtered a bunch of us. You can call us Ireland. We're there. Our relationship has reached that point.

We seriously don't have time to explain the whole backstory on this one, but with all due respect, you guys should actually already know.

She's unlikely to do that, because her government is propped up by the DUP, a Northern Ireland political party whose ideology is rooted in hardline Christian beliefs. So this one is actually up to you. We'll help however we can, though.

1) Stormont has the power to change law when it sits.
2) Human rights are not devolved. Westminster can/could introduce.
3) ROI had a referendum because they had to to change the constitution.
4) A referendum in NI would not be binding
5) Nobody in NI is calling for a referendum https://t.co/o63kIWUdLh

Rule #8: The famine? Kiiiind of your fault

Depriving us of infrastructure and self-determination for centuries didn't put us in the best position to fend off the blight when it struck our potatoes back in 1845. British economic policy, at a time when Ireland was still ruined by Britain, made things even worse.

Historian Tim Pat Coogan cites the philosophy of British economist Thomas Malthus — that the starving had "no claim of right to the smallest portion of food" — as the backbone of Britain's policy towards Ireland during the famine, while Ireland was still under British rule.

Luckily, our potato industry has since returned to its former glory, thanks in no small part to this man, who was our Taoiseach from 1937—1944. His name is Eamon de Valera. 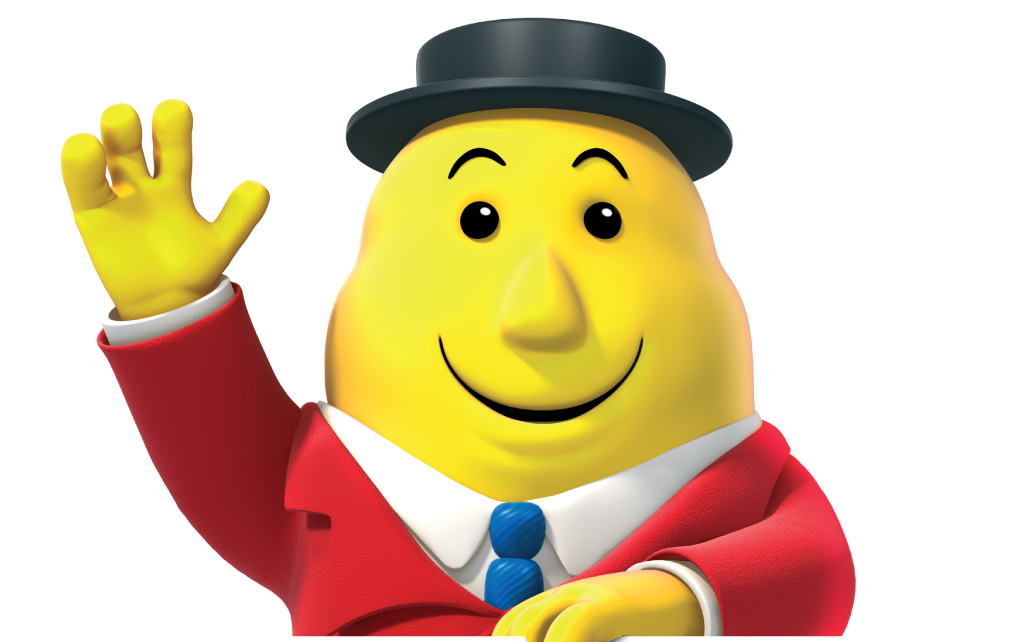 Okay, since you guys build statues of this murderer and name boats after him and stuff, we can only conclude that you guys think he's a hero. With that in mind, you might want to sit down for this next one. Oliver Cromwell was the worst.

In 1649, Cromwell led a force that killed over 1,000 civilians, including women and children. This is accepted by Cromwell biographers Tom Reilly and James Scott Wheeler, who respectively wrote: "There are many more references to the deaths of women and children at Wexford than at Drogheda and this fact is difficult to ignore" and "unquestionably, hundreds of non-combatants were killed by the rampaging soldiers."

Similarly, at the Siege of Drogheda, Cromwell's men clubbed Irish people to death and publicly displayed their heads. In his report of the battle, Cromwell referred to his enemies as "barbarous wretches".

This is unlikely to come up in the news again any time soon. This is just something to have in your mind when talking about Ireland, rather than whatever stereotype you're currently working with.

Rule #10: Sinn Féin? Not in league with our government

This is the kind of thing you'd know if you knew anything about Sinn Féin. If you'd ever watched a single Leader's Questions in Dáil Éireann where Gerry Adams or Mary Lou McDonald had unsparingly torn into Enda Kenny or Leo Varadkar.

This article is nonsense. Irish Govt is consistent and firm on preventing Hard Border. Too important an issue to be spinning inaccuracies!

The animosity between the two, to put it in terms you might understand, is like that which exists between your own, sorry, let me check my notes, ah yes, Labour Party and Conservative Party.

Sorry if I pronounced those wrong. Give Therese and Jeffrey my apologies.

popular
Jurgen Klopp calls Man Utd style 'the worst thing you can face in the world' after draw
Matthew Perry's dad was a character on Friends and nobody noticed
Kieran Trippier WhatsApp messages that led to his ban are revealed
Men who lost weight during lockdown share their diet and workout plans
Deep fake meme lads sing sea shanty that will make you want to abandon your childhood sweetheart and circumnavigate the globe
QUIZ: Identify which of these 50 players played with Wayne Rooney
This hidden Back to the Future 'mistake' has a subtly brilliant explanation
You may also like
News
Brexit deal references Netscape browser, indicating copy and paste from old documents
News
Armed Navy boats on standby as UK and EU post-Brexit trade talks continue
Politics
Not even Australia want an 'Australia-style' agreement with Europe
News
Brexit-backing billionaire moves new vehicle production to France
News
Amazon warns Irish customers about new post-Brexit charges
Next Page