According to a new survey of Americans under 40, over 60% didn't know that 6 million Jews died in the Holocaust and 1 in 10 believe that Jews caused it.

The study also revealed that nearly half (48%) couldn't name a single death camp or ghetto set up by the Nazis during WW2. This pretty grim level of ignorance in one of history's greatest atrocities was underscored by the fact that nearly 25% of people that answered said  the Holocaust was a myth, or had been exaggerated, or they weren’t sure.

Polling was conducted by the Conference on Jewish Material Claims Against Germany (Claims Conference) and in launching the results of the survey, President Gideon Taylor said: “The results are both shocking and saddening, and they underscore why we must act now while Holocaust survivors are still with us to voice their stories.

“We need to understand why we aren’t doing better in educating a younger generation about the Holocaust and the lessons of the past. This needs to serve as a wake-up call to us all, and as a road map of where government officials need to act.”

One in eight people who replied to the survey said they had definitely not heard, or didn’t think they had heard, about the Holocaust. States were also ranked according to how many of their residents knew about the Holocaust, could name one concentration camp, death camp or ghetto and whether they knew 6 million Jews were killed. 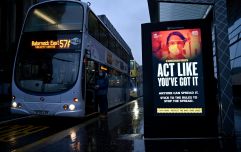 Scientists call for lockdown restrictions to remain in place until May

END_OF_DOCUMENT_TOKEN_TO_BE_REPLACED

The best state for Holocaust knowledge was Wisconsin, where nearly half of Millennials passed all three tests. Unsurprisingly, the worst states were all in the South with Florida, Arkansas and Mississippi comprising the bottom three.

More worryingly, 11% of respondents  believed that Jews had caused the Holocaust and in New York, the most Jewish state in the US, it was 20%.

Back in the UK, the Community Security Trust, said that hate crimes against Jews were at an all-time high. In releasing last year's annual report, CST Chief Executive David Delew said:"2019 was another difficult year for British Jews and it is no surprise that recorded antisemitic incidents reached yet another high. It is clear that both social media and mainstream politics are places where antisemitism and racism need to be driven out, if things are to improve in the future.”