Everything we overheard on the biggest sesh weekend since lockdown ended

We love a festival. Who doesn't love a festival? And for those who haven't indulged in everyone's favourite summer pastime this year, sitting and swiping through Instagram post after Instagram post, stories of confetti flying through the air and obligatory group pics with minimum two bucket hats in frame, you'll probably be feeling a bit of fomo.

Luckily, there's one part of it you won't have to miss out on: all the obligatory sh*t chat you're forced to listen to in the queue for a portaloo, while snaking your way through a crowd or once you've sat down on a cool patch of grass for a Red Stripe and brief respite. We at JOE had our ears peeled all weekend for the highlights and they did not disappoint. 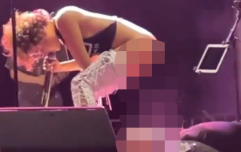 Brass Against respond after frontwoman urinates on fan's face during gig

END_OF_DOCUMENT_TOKEN_TO_BE_REPLACED

It may be the first big festival weekend back, with Reading, Leeds, All Points East and Field Day dominating the social sphere, but the inevitable drunk and drugged up waffle streaming from people's mouths is just as entertaining as it was, back in BC (before Covid).

"I thought that was a suitcase." - Girl talking about someone sat down in the middle of a crowd.

"He's definitely angry at me, but I'm tripping so bad if someone shouts at me right now I might actually die?"

"I've been reading a book on the theory of big beats, do you want me to lend it to you?"

"There's so many red stripes on the floor it's like somebody shot a zebra!"

"I love the smile on your face!" - Guy obviously messed up

"I'm parting this crowd like the f*cking red sea bro!" END_OF_DOCUMENT_TOKEN_TO_BE_REPLACED

[Girl watching Jamie XX] "Is this the Lion King soundtrack?"

Man to his girlfriend: "I swear I've seen Millie from Love Island like 12 times but it's always different people?" 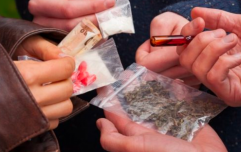 END_OF_DOCUMENT_TOKEN_TO_BE_REPLACED

Read more like this:
• UK should get four more bank holidays a year, says TUC
• People demand dragon on Welsh flag be given a penis
• Several deadly chemicals found in illegal drugs at festivals this weekend

"I actually do love Strongbow Dark Fruits you know, it's having a renaissance."

Queue of girls to a woman leaving a portaloo: "Yesss, speedy queen!"

[Girl 1] His pupils are massive!
[Girl 2] Yeah but his eyes are always massive, he looks like a pug.

"It will take me twenty minutes to find it, I'm tripping balls." - Woman after man asks for her lighter

"Wow that was a real audible stench of human p*ss." - Man walking past portaloos

"Babe, just warning you, your boob has been out of your top for ten minutes." - Seemingly complete stranger to a girl in the crowd.

popular
Graham Norton accidentally posts Garfield and Maguire in No Way Home poster in now-deleted Tweet
Best man horrified after catching friend’s wife cheating with bartender
Man with world’s biggest penis says Oscar winner slid into his DMs
YouTuber posts video telling fans 'I'm not dead' - dies days later
Senegal boss calls out Jurgen Klopp over AFCON comments
A definitive ranking of every swear word from worst to best
'I pooed myself on my date's floor - he kicked it thinking it was mud'
You may also like
News
Dangerous levels of cocaine and MDMA found in Glastonbury river
News
Man in 'serious condition' in hospital after being stabbed at Parklife festival
News
Woman, 20, dies in hospital after being rushed from Reading Festival
Entertainment
Weeing on stage, giant penises and mistaking babies for bins: horror stories from festival fans
Life
Why drug casualties could be the worst ever this summer
Next Page