"It's just a guy wearing a Halloween costume of David Bowie"

The trailer for the upcoming David Bowie movie Stardust was released on Wednesday, and it has not gone down well with the late singer's fans.

Stardust stars Johnny Flynn as a young Bowie, and the film will focus on his creation of the iconic Ziggy Stardust persona.

US comic Marc Maron plays his US publicist Ron Oberman, with The Hunger Games' Jena Malone appearing as his first wife Angie Bowie.

However, fans have not reacted well at all to their first look at the film.

This guy looks nothing like Bowie. It's just a guy wearing a Halloween costume of David Bowie. Seriously, there are plenty of other ways you could celebrate his legacy and not do a biopic. Make an experimental cartoon with @neilhimself like Bowie's son suggested instead pic.twitter.com/PzU8V4w94F

Looks dreadful and his voice is all wrong ?

They should cancel its release; everyone involved should apologise and then walk away. How do you make Bowie look boring and cringe-inducing?!! ? 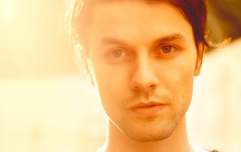 END_OF_DOCUMENT_TOKEN_TO_BE_REPLACED

"This guy looks nothing like Bowie. It's just a guy wearing a Halloween costume of David Bowie," said one fan on Twitter.

"How do you make Bowie look boring and cringe-inducing?!!" added another, with a third saying "Looks dreadful and his voice is all wrong."

If not having the license to use any Bowie songs in a Bowie biopic wasn’t bad enough, it looks like they’ve made one of the most complex and interesting artists of all time look boring..... https://t.co/LqLzVpQLjj

One thing noticeably missing from the trailer was any of David Bowie's music. The filmmakers of Stardust could not get the rights to any of Bowie's songs, which means it is missing a massive component of his story.

- can we have bowie?
+ we have david bowie at home

Bowie was pure genius. To make a movie about him without his music, without his family consent and knowing himself never ever wanted a biopic movie is disrespectful. Watch Bowie’s movies instead. Hunger. Cat People. Labyrinth. Watch him as another genius Tesla.

Why would people make a David Bowie biopic without his family's consent? Why? How do you make a biopic without his music? How? And how do you do it knowing he didn't want any biopic made of him?
SO FUCKING DISRESPECTFUL! DO NOT MESS WITH BOWIE! DON'T DO IT! pic.twitter.com/JUWEyysltt

when you order David Bowie from Wish pic.twitter.com/DxXdoHemeP

Other fans pointed out that as well as a musician, David Bowie was a tremendous actor in his own right, giving memorable performances in movies like Labyrinth, The Prestige and The Man Who Fell To Earth - which makes Johnny Flynn's job of portraying him on-screen even harder.

Stardust is released in the US on November 25th, 2020, but doesn't currently have a UK release date.