Chas Hodges, of musical act Chas & Dave, has passed away at the age of 74.

The vocalist had recently received successful treatment for oesophageal cancer, but died in the early hours of Saturday morning following organ failure, the duo's Twitter confirmed.

It is with tremendous sadness that we announce the passing of our very own Chas Hodges. Despite receiving successful treatment for oesophageal cancer recently, Chas suffered organ failure and passed away peacefully in his sleep in the early hours of this morning. pic.twitter.com/bwxqfHUjUg

Their biggest commercial success came in 1982, with the single "Aint No Pleasing You", which reached #2 in the UK charts. 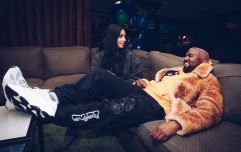 END_OF_DOCUMENT_TOKEN_TO_BE_REPLACED

In 1981, they memorably recorded "Ossie's Dream (Spurs Are On Their Way To Wembley)" with the then-current Tottenham Hotspur's squad, to mark the North London side reaching the FA Cup final. Hodges was a loyal Spurs fan, and they would go on to record several other songs for the team.

Other much-loved hits from the duo included "Rabbit" and "Snooker Loopy". They also had their own variety show on ITV, entitled Chas 'n' Dave's Knees Up, in the early 1980s, set in an East End pub.

Prior to forming, both Hodges and Peacock were successful session musicians. They notably played on Labi Siffre's "I Got The...", which was sampled for the hook of Eminem's "My Name Is".

You may also like
Fitness & Health
Rapper T.I. says not eating meat is the secret to staying in shape past 40
Music
This funk cover of Slipknot's Duality slaps so hard it'll make your head spin
Music
Stone Roses frontman Ian Brown says COVID-19 was 'planned' and 'designed'
Music
Cake of Blink-182's Tom DeLonge on Great British Bake Off will haunt you forever
Music
Mortified BBC presenter accidentally insults Rick Astley to his face
Next Page