And the 7 best performances of Wireless Festival 2018 were...

Wireless Festival is over for another year

With perfect weather, England's World Cup quarter final match being shown on the big screen, another stellar lineup and also a little surprise in the form of a Canadian by the name of Mr. Graham coming out in place of DJ Khaled to close the festival on the Sunday, that's the best way to describe Wireless Festival 2018 in a nutshell.

Don't worry, I'm going to give you more than that. 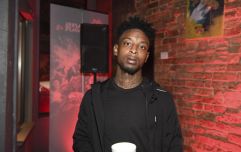 21 Savage was born in East London, according to records

END_OF_DOCUMENT_TOKEN_TO_BE_REPLACED

Sporting an England top and going HAM throughout the entirety of his set - apart from when he stopped to pay tribute to XXXTENTACION, who he said was the first to check on him after being jumped by security at Coachella back in April - Belly proved to an audience who might not have known all that much about him why the likes of Diddy, JAY-Z and The Weeknd co-sign him.

I'm not sure I've ever seen a poor Rae Sremmurd performance and neither do I think I ever will. Swae Lee and Jxmi treat each day like they're on a theme park ride. So exciting to watch, the Wireless crowd were treated to one hell of a show on Sunday. Running through hits like "No Type", "Black Beatles" and newer songs "Powerglide" and "Guatemala", the loudest moment came when Swae performed his "Unforgettable" smash hit, but without the assistance of French Montana. The moment that caused the highest level of hysteria was when both members of the group jumped off stage and into the crowd to connect with the people. London enjoyed this one. 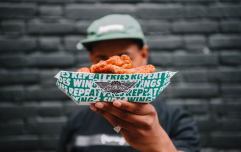 END_OF_DOCUMENT_TOKEN_TO_BE_REPLACED

The first night of Wireless Festival saw J. Cole do what he does best: deliver a powerful and engaging headlining performance that while probably 'just another performance' in Cole's mind was something many artists wish they could do. Donning a Bob Marley t-shirt and commanding the stage like the late legend, Cole gave those in attendance a history lesson going through some of his back catalogue. He also made sure he performed as much from his new album KOD as possible, including "ATM" and an a cappella version of "1985 (Intro to 'The Fall Off')".

If you don't know about Russ yet then you're seriously missing out on one of the most exciting new artists to emerge out of Hip Hop for quite some time. He's the definition of grass roots. Building his buzz organically with his own brand of rap, he writes, produces, engineers, sings and spits it all himself. If we're constantly celebrating J. Cole for these same traits then there's no doubt in my mind we should be doing the same for Russ. His Wireless set on Sunday proved a stand out. Even though some in the audience were new to his music, by the end of his performance, that included one of my personal favourite records, "You Me", they were singing, swaying and saluting Russ by the time his final song rolled around.

My timing couldn't have been more perfect on Sunday when I walked into Wireless just as Rick Ross took to the Main Stage. Easily one of the most consistent rappers of the modern day (we'll just forget that Hood Billionaire album), Rozay has a hits catalogue that isn't easily rivalled. Donning a Chinese New Year Alonzo Mourning Miami Heat jersey he hit the audience over the head with hit after hit after hit. Whether it was "Diced Pineapples", "Aston Martin Music", "Stay Schemin'" or "Hustlin'", he didn't drop a single dud and the Wireless crowd loved it!

If you've seen Big Sean perform before then you know he leaves it all out on the stage. He's reliable, he's relatable and he raps his ass off. Having not performed over here properly outside of a festival for quite some time his performance was always going to be a fan favourite. With a Detroit sign and some fiery visuals setting the backdrop to his Wireless performance on the Main Stage, he performed newer hits from his and Metro Boomin's new project, Double or Nothing, classics such as "Blessings", "I Don't Fuck With You" and "Bounce Back", and he even took it back to his and Chris Brown's smash "My Last".

Was number one really going to be anyone else? You might say Drake but I'd disagree. Stormzy is the UK right now. He's our biggest export in terms of grime culture goes. Sure, you could point to Skepta but is he the pop culture behemoth that Stormzy is right now? No, I don't think so.

Giving Stormzy the opportunity to headline Wireless Festival on the Saturday was a smart move by Festival Republic, especially on the same day England went through to the semi final of the World Cup. There's no one in the music industry more proud of being English than Stormzy, and he made sure he let the crowd know it on Saturday night by highlighting many other UK artists, including a J Hus tribute, who was unable to attend due to a recent arrest for being in possession of a knife.

Making sure he delivered on all fronts, he gave the crowd Gang Signs & Prayer album bangers such as "Shut Up" and "Cold", a few throwback moments, and even some of his famed reworkings and remixes - "Sweet Like Chocolate", "Shape of You". One of the best bits came when he dropped "Big For Your Boots" and had a group of talented young dancers accompany him, who he says he met at a signing and just had to collaborate with them. Arise King Stormzy, arise.

Drake's performance was cool, but as someone who has seen him live 13 times his Wireless 2018 performance wasn't groundbreaking in my eyes, he's capable of sooooooo much more.

Getting people hyped at the end of Giggs' set when he came out to do "KMT" with the British rapper was definitely an incredible moment to witness but the part we won't be forgetting in a hurry is when the curtain backdrop fell to the floor to reveal a huge OVO owl sporting a Union Jack wing as he came out.

Essentially billed as the Sunday headliner and closer of the entire festival, he performed for a little less than half an hour and that felt a little light to me and the rest of the audience. Replacing the M.I.A. DJ Khaled, who it turns out was double booked filming his upcoming new reality TV series, Drake fans were left a little confused when he dipped after just 25 minutes following a performance of "God's Plan".

Wireless closed its doors at 9:30pm and everyone in attendance, including the man who climbed to the top of a tree to get a good view of Drizzy, left feeling a little shortchanged thinking there would be more.

Drake's performance was good, just not transcendent like they usually are. The aforementioned performances were better on this occasion.

Roll on Drake's next full-length tour.