A new Def Jam Vendetta game is possibly being teased

Def Jam Vendetta was one of the wildest, weirdest fighting games of the Playstation 2 era. It all came about when WWE bought out WCW back in 2001. EA had previously had the rights to make WCW games, but since that company didn’t exist anymore, they had to find someone or something else to star in their wrestling games. 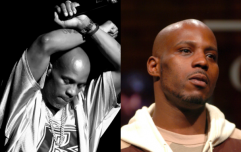 END_OF_DOCUMENT_TOKEN_TO_BE_REPLACED

The answer was somewhat unexpected, but also genius: instead of wrestlers, they had real life rappers duking it out in the ring.

Both games were completely over the top and totally beloved by hip hop fans who grew up in the early 2000s. A third Def Jam game, 2007’s Icon, ditched the wrestling set up for a more traditional 3D fighting game, and it’s attempt at a more serious tine failed to capture the imagination of fans.

But in the years since, fans have hoped for an updated version on the game, featuring a roster of today’s greatest MCs.

It looked like it would never happen – but on Friday, Def Jam tweeted this:

HYPOTHETICALLY, who’d you like to see on the cover if this game made a comeback? pic.twitter.com/8c8bJR9RNA 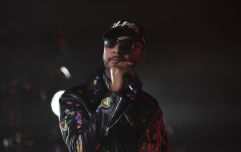 END_OF_DOCUMENT_TOKEN_TO_BE_REPLACED

HYPOTHETICALLY, who’d you like to see on the cover if this game made a comeback?

Ok, that “HYPOTHETICALLY” is in pretty big letters. But we can hope, right? If this is just market research, it is certainly going down well, with 4,000 likes and 1,000 replies. And just the fact that they are officially mentioning it makes you think something could be in the works.

popular
Dad sacked his own son from family firm for refusing to get Covid jab
Brothers stabbed younger sibling to death through car window in frenzied 30-second attack
Man poos out of penis and ejaculates from bum due to health condition
Chinese whistleblower claims first Covid outbreak was 'intentional'
Insulate Britain protestor storms off GMB after clash with Richard Madeley
Vegan Bake Off contestant apologises after making non-vegan cake in first week
Jessica Rabbit has been given a 'politically correct makeover' and fans are fuming
You may also like
News
DMX in 'serious condition after drug overdose triggers heart attack'
Gaming
Def Jam Vendetta: The strange story of the greatest hip-hop wrestling game ever
Sport
VIDEO: UFC 196 gains a new edge with this DMX-narrated promo
Entertainment
Weeing on stage, giant penises and mistaking babies for bins: horror stories from festival fans
Life
Lil Nas X calls out double standards over Tony Hawk's blood skateboard
Next Page