Yes, it is a slow news day actually.

The very first time I heard 'The Boys Are Back In Town', I was filled with joy. Then questions. So many unanswered questions. While the lyrics give away a small bit of backstory, it simply wasn't and still isn't enough to quench the insatiable thirst of my little toddler brain. 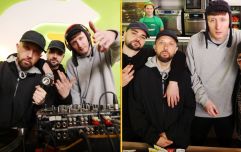 END_OF_DOCUMENT_TOKEN_TO_BE_REPLACED

I'm mostly writing these questions down just to get them out of my system in the hopes of starting a worldwide dialogue. I'm aware that there won't be verifiable answers for any of them at present, but I'll never be able to live with myself if I don't at least try.

Thank you for your ongoing patience and support.

1. Where were the boys previously before they returned to town?

Throughout the entirety of this demonstration of musical genius, not once does Phil Lynott give us an ounce of backstory regarding where the boys were coming from. Sure, we learn that the boys are now back from where they previously were, but WHERE is that? Based on what little information we receive, it becomes apparent that he still thinks 'them cats are great', so it wouldn't be unreasonable to assume that perhaps they were following their mutual love of cats?

A quick Google search reveals that there's a place called Cat Town in Oakland. It seems a pleasant area, with a cat-themed cafe that has cats up for adoption, along with plenty of cat snacks and play areas. Business hours are 10am - 7pm, meaning the boys could spend a solid nine hours with their feline friends before eventually returning to town, hypothetically. There's also a car rental place nearby, meaning they possibly could've driven themselves home, although this is all just speculation. What is the truth? 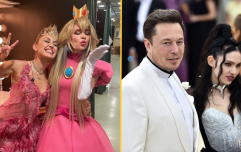 END_OF_DOCUMENT_TOKEN_TO_BE_REPLACED

2. Specifically how did the boys get back to town?

There's no mention of transportation throughout the song, which worries me. Did these boys travel by foot? Depending on the distance they've come, that could potentially result in some tremendously uncomfortable blisters if they're not wearing the correct footwear. It's possible that the boys hitchhiked, or used public transport, maybe even an aeroplane? How are we ever to know? There's no verifiable evidence to suggest that they availed of the car rental service in the above map and I'm here to find the truth.

Phil uses the words 'driving all the old men crazy', in the second verse but that's a gamble be take literally. Unless it's a subtle hint at their preferred mode of transport, in which case I'm eternally grateful to him for subliminally answering one of my many questions. If it's purely coincidental, I'll disregard that and proceed with my belief that they probably hitchhiked, since the song came out in 1976, a time when hopping into a stranger's car for a lift was a perfectly acceptable means of transportation with very little threat of ensuing murder. 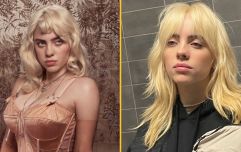 END_OF_DOCUMENT_TOKEN_TO_BE_REPLACED

3. How long are the boys expected to stay in town for?

While I've no qualms whatsoever with the fact that the boys are indeed back in town, I'm curious as to how long they're expected to stay for. Will they require overnight accommodation or is this particular town their hometown, in which case they may already have a base, perhaps even a family home. There are too many variables. It's exhausting trying to fill in this multitude of blanks presently, and has been for nigh on 41 years now.

We're told they 'haven't changed, haven't much to say', so that suggests they were away for quite some time, logically. If someone spent a weekend away, you'd unlikely be evaluating whether they had changed or not. Regardless, how fucking long are the lads here for? Are they back for good? Is this a prequel to Take That's stunning hit 'Back For Good'? Phil Lynott died in 1986, the same year that Gary Barlow first appeared on our screens during BBC's A Song For Christmas. Coincidence? Absolutely.

4. Why did the boys have to leave town?

This question has the potential for your mind to wander into a very dangerous territory. I've taken it upon myself to decide that something terrible must've happened, so the boys were forced to flee the town pretty quickly. Maybe a robbery or a misunderstanding about tax returns? Either way, things got so bad that the boys couldn't stay. So they took an undisclosed mode of transportation out of there while everyone was asleep. It was their only choice.

On the other hand, maybe they just went in search of a new life somewhere. They heard that the building trade was really picking up in Dubai so decided to head over there to make their millions. Now that Dubai is completely full with a large amount of stuff, they were forced to return home and take up another form of employment, such as shoe sales or beekeeping. I could honestly come up with over 400 situations that led to the boys leaving town, or someone could just tell me the truth.

5. Is there a reason why no girls left town?

Was this some sort of boys only club that they were part of? Was it a sexism thing? Or is 'boys' being used as a collective term for everyone? Either way, it's a bit shady. I'd like to think that the girls were invited on this mysterious adventure but declined because of girly reasons such as the humidity interfering with their hair, or worrying about the proximity to a Starbucks.

Maybe it's such a nice town that the girls have never felt the desire to leave. They've built a really nice, safe and helpful community where they help rear each others' children and all head over to Gabby's house for Grey's Anatomy on a Thursday night. In fairness, no wouman want to leave that kind of sweet setup behind. That's probably why the boys returned in the first place.

6. What town have the boys returned to?

We know for sure that the boys are indeed back in town at this point, but where is town? What town are we talking about? It's very likely they came from Cat Town in Oakland (as discovered above), but what town are they residing in now? The clues within the song are cryptic, 'Dino's bar and grill' pulls up 1,400,000 search results on Google and I've only had time to go through 17 of them at the time of publication.

We know that there's a Johnny in this town as well, but again that doesn't particularly narrow anything down because Johnnys are, as we know, rampant in this godforsaken world. Phil also tells us that 'it won't be long till summer comes', but I'm pretty sure that every country has summer. Such cryptic information should be reserved for Dan Brown novels only. I cannot decipher the information, I'm not Stephen Hawking. This is wearing my down.

7. Is this the first time the boys have left town?

With all this excitement surrounding the boys being back in town, it's extremely unclear as to whether they've left town prior to this occasion. The fuss and necessity for a song to be written suggests that perhaps this is the first time they've left and subsequently returned, but how can we possibly be sure?

Maybe they've left previously, but for shorter increments of time, perhaps a weekend break in Edinburgh or a day trip to Swindon, I don't know, I didn't write the fucking song. If I did, there'd be no need for this article to be written. I'd know all the secrets and unnecessary information that Phil Lynott has selfishly omitted from this headfuck of a song.

8. Are the boys expected to leave town again in the near future?

Disregard all my previous (and extremely important) questions and riddle me this: Are the boys back in town FOR GOOD? Yes, we've established that they are indeed back, but not once are we informed of the expected duration of their hotly-anticipated stay. In fact, it almost seems like the entire song is a distraction from what really matters here - how long they're staying for.

Would it have killed Phil Lynott (RIP btw) to have added an extra verse at the end of the song, informing the listener as to how long the boys are back in town for. I've drafted a sample paragraph that I sometimes like to sing for closure when the song ends:

That's right them boys are back

For how long? You know that question's whack

Obviously the boys are back for good

The boys are back, they're back in the hood

And with that stunning piece of rhyming wordsmithery, Thin Lizzy could've taken that 9/10 song right up to being an 11/10 song. The seven questions above continue to go unanswered, but at least we've raised awareness of this pressing matter.

popular
A New York Times quiz can determine where in the UK you come from
The JOE Friday Pub Quiz: Week 242
Ant Middleton leaving the UK for Australia because it’s 'too pretentious'
Prince Harry criticises Charles’ parenting saying 'he passed on pain and suffering’
Glasgow protesters successfully halt deportation of neighbours by UK Home Office
Madeleine McCann detectives ‘given dramatic new evidence against prime suspect’
$365 billion wiped off crypto market after Tesla stops Bitcoin purchases
You may also like
Television
Karl Urban shares first look at Butcher in The Boys season 3
Television
Barack Obama reveals he loves The Boys
Television
The Boys' showrunner thinks Donald Trump supporters miss the point of the show
Television
QUIZ: Can you name all the heroes on The Boys?
Film
The Boys' showrunner says the Marvel films are 'dangerous' to society
Next Page