Troubles that only balding men will properly understand

Male-pattern baldness. Three words that strike terror into many a chap.

It is something that effects 70 per cent of men at one point or another, yet many staunchly refuse to admit it to themselves or others. Worse still, they overcompensate by running for president of the United States with roadkill stapled to their heads. 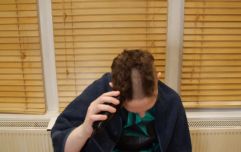 How to shave your head while in self isolation

END_OF_DOCUMENT_TOKEN_TO_BE_REPLACED

But fear not, because as the adverts say, help is at hand. We're not offering you a miracle cure or some free Wayne Rooney-style transplant, but rather we give you the gift of solidarity and the knowledge you're not alone in your follicle sparseness.

Stay strong, shiny-bonced brothers, and nod your thinning domes in resigned agreement at the following tribulations of the fuzzicly-challenged...

Seems like an obvious solution, doesn't it? If you're absolutely intent on hiding your balding thatch, then some form of lid seems quite sensible. Except it's far from that simple. The problem with headwear for the balding bloke is that putting on a cap, beanie, hood, or fedora of a morning is a commitment...to not taking it off again. You know what's worse than matted hat hair? Un-matted hat non-hair. 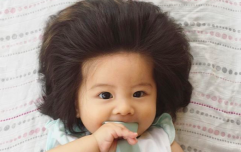 END_OF_DOCUMENT_TOKEN_TO_BE_REPLACED

The thing with becoming sparser up top is that "styling" your hair becomes less about showing off and more about damage limitation. You don't want it to seem as if you've spent too much time on your remaining wisps as it seems much ado about nothing, but the "ruffled look" is hard to pull off without great care. Alas then come the rains and wind, and suddenly your house of cards is obliterated like Dorothy's Kansas.

Would you laugh at someone with half a face? What if they were missing eight of their fingers? No. But baldy in the corner? Yeah sure, let's rip the piss out of that loser for having less above him than John Lennon in space. Mates think nothing of reminding you again and again that there's more coverage on the average 3rd division pitch in the middle of winter than there is on your drafty dome. 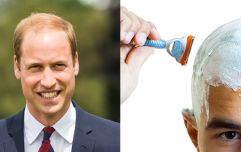 Prince William has finally bit the bullet and shaved his head

END_OF_DOCUMENT_TOKEN_TO_BE_REPLACED

The only thing worse than someone taking the piss out of your un-hirsuteness is being patronised about it. And no one does it quite like barbers. Not only do they ask with mock sincerity whether you want to "keep it long on top", but they save the worst 'til last. That bit when they show you the back with a mirror? Baldies get a slightly crouched, more angled version to conceal the glare of their freshly naked noggin.

Men with proud manes have lots of different role-models they can choose to emulate - Ryan Gosling, Daniel Craig, Brad Pitt, George Clooney, Denzel Washington, Jamie Vardy - the list is endless. And the combless? Well, there's Bruce Willis...and, erm...Vin Diesel...oh, and Jason Statham! Nice one. We'll just bulk up and star in second-rate action flicks from 10 years ago, shall we?

Notice something about the thinning lotharios listed above? That's right - they've all elected to shave their heads clean of foliage. And it's a piece of advice that's regularly offered to those with less and less insulation in the attic. The problem is that not everyone suits a shaven head. The intention may be David Beckham circa 2000, but all too often the result is Karl Pilkington's perfectly gormless circle.

popular
Teen brothers arrested for 'beating stepdad to death after he abused their half sister'
Johnny Knoxville left with brain damage after bull stunt in Jackass Forever
Chelsea have £3million bid for their own player rejected
The Beast opens up about mental health after storming off The Chase
Moment thug kidnaps teenage ex in horrifying ordeal that left her unable to walk or talk
Coronation Street star left homeless after sharing anti-vax views
Martin Lewis issues urgent advice for households ahead of energy price hike
You may also like
News
Schoolboy placed in isolation at school for putting hair in plaits like female classmates
News
People with ginger hair are 'better in bed', study finds
Travel
Internet fumes at viral pic of plane passenger’s ‘inconsiderate’ hair
News
Schoolboy put in isolation because ‘one inch of haircut is too short’
News
Father sues school for $1m after teacher cuts daughter's hair
Next Page