Romeo and Juliet who??

In a strange turn of events, a woman has married a lifelong friend after he confessed his love for her during his best man speech at the wedding to her former husband.

END_OF_DOCUMENT_TOKEN_TO_BE_REPLACED

Desiree White, 32, from Illinois, has been long-time friends with her now-husband Bryant. Initially, the two formed a group with White’s then-boyfriend, who she later married in 2010. However, during the best man's speech, Bryant spilled all and confessed his love for White.

She shared the story in a recent TikTok video: 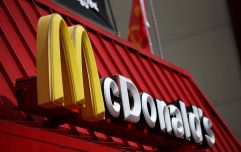 Man prompts furious reaction after proposing to his girlfriend... in McDonald's

END_OF_DOCUMENT_TOKEN_TO_BE_REPLACED

“It goes along the lines of, ‘I loved you since the moment I saw you. There’s no one like you,’” White remembered, telling her story on March 16. The video has since garnered an impressive 600,000 views.

“He actually said to me during our last dance, ‘If I’m the best man, then why didn’t you ever give me a chance? I would’ve always taken care of you,” she added. “I was like, ‘What? No.”

White only stayed married for a year after learning that her husband was cheating on her. An emotionally taxing divorce drew Bryant and White closer and 10 years later, they are married with four kids.

@desiree.whiteFull disclosure: I say “um” a lot and detour stories ? but I really did my best for you guys. Let me know if theres more I need to explain better lol♬ original sound - Desiree White

END_OF_DOCUMENT_TOKEN_TO_BE_REPLACED

“One day we kissed and I liked it,” she said in a separate video. “We became more than friends. Friends became dating. Dating became married, and married became ten years with four boys and we still like each other a lot.”

This touching story has caught the eye of TikTok hordes, who are fascinated with the rare story.

“Wow. I couldn’t imagine sitting during that speech!!!” said one TikToker, to which White replied, “I just remember my ears ringing.”

“Some poor guy reading this ‘so you’re saying there’s a chance,’” another said.

Strangely, White is not alone, and another user shared a similar story.

“I did the same thing, but dropped the bomb before the wedding,” they wrote. “Married 7 years 3 babies later.”

@desiree.whiteFull disclosure: I say “um” a lot and detour stories ? but I really did my best for you guys. Let me know if theres more I need to explain better lol♬ original sound - Desiree White

Although this is the internet and not everyone agrees.

One user questioned: “Who needs an enemy when you got a friend like that?”

“A best friend or even a close friend would never do this no matter what his friend’s situation is at home,” echoed another.

Defending her husband, White agreed that it was “bad timing” but added that: “The married man next to me was professing a lot of other stuff to other girls. So I think the real problem is being overlooked here.”