If you're not DIY-minded, putting together Ikea furniture is a bloody minefield. 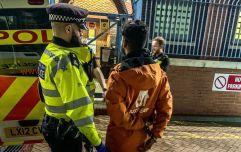 END_OF_DOCUMENT_TOKEN_TO_BE_REPLACED

Then once you've got the million and one pieces out of the box you've got to try and understand the voluminous assembly instructions and starting piecing it together.

But if you thought trying to turn the world's most complex jigsaw puzzle into a functional wardrobe was difficult, imagine doing it when you're off your box on LSD.

Well you don't need to imagine anymore because one couple thought they'd mix things up, drop some acid and try to make a flat-pack dresser high on the drug.

We're not going to lie - it didn't quite go swimmingly for Giancarlo and Nicole as they tried to put it together tripping their heads off.

Forty five minutes after the acid kicked in and they got cracking. When they opened the packaging and then spend the next wee while just laughing at stuff. And then laughing some more. Then there was some giggling.

At one point Giancarlo tries to use a mallet and then goes to look outside the window for a bit.

All in all it took nearly four hours for them to get anything that vaguely resembled a dresser...so pretty standard then really. 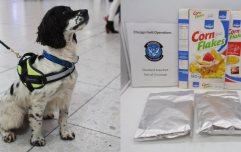 END_OF_DOCUMENT_TOKEN_TO_BE_REPLACED

"I will never build furniture while high on acid again," Nicole said. Funny that as the pair look set to try it again on their HIKEA YouTube channel, but this time with magic mushrooms.

Don't try this at home kids. If you're assembling a cupboard, you'll probably end up with a life-sized sculpture of Salvador Dali.

popular
16-year-old mows down team of cyclists after trying to blow exhaust fumes on them
Why Inter Milan had to remove snake from away kit for Champions League tie
Katie Price rushed to hospital after 'drink-drive crash'
Police mock motorists who spent three hours queuing for petrol station that was closed
Salt Bae customers disgusted at price of steak in his London restaurant
Brian Laundrie's parents call 911 on Dog the Bounty Hunter as he finds fresh campsite
Barca receive £1.2bn offer from Dubai company to write off club debt
You may also like
News
Dangerous levels of cocaine and MDMA found in Glastonbury river
Coronavirus
A daily pill to treat Covid could be on its way
News
Enough opioids to kill 50 million people seized in California
Crime
Stockton man arrested as £160m of cocaine seized on luxury yacht
Entertainment
Michael K Williams: The Wire and Boardwalk Empire star found dead aged 54
Next Page