Although a steamy quickie sounds appealing, (particularly when you have an early start and need to catch some z's), it turns out that both men and women wish their sex sessions lasted a little longer. 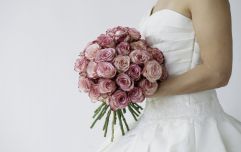 END_OF_DOCUMENT_TOKEN_TO_BE_REPLACED

A study which delved into the sexual preferences of more than 14,000 people found that 15 - 20 minutes is the ideal length of a session, which is almost double what we're currently getting...or so the statistics say anyway.

The brilliantly named Penis Perception Study, conducted by Kristen Mark, the director of the Sexual Health Promotion Lab at the University of Kentucky, found that on average, men and women reported their sex sessions lasted ten minutes or so.

Men said they'd rather it lasted twenty minutes, and women favoured somewhere in between the 15 and 20 minute mark.

So, with that in mind, you might want to free up some extra time.

popular
Tourists left 'squealing' as thousands of venomous crabs invade UK beach
Rishi Sunak wants to crack down on degrees that don’t make students rich
Asda slammed for 'embarrassing poorer families' with new product redesign
Runner finishes last in 400m race as penis keeps falling out of shorts
Boris and Carrie put south London home on the market for £1,600,000
Massive piece of Elon Musk's spacecraft lands on farmer's property and could make him very rich
Inbetweeners star Joe Thomas has been in a relationship with his co-star for over 10 years
You may also like
Entertainment
Love Island 2022: Ekin-Su and Davide crowned as winning couple during dramatic final
News
Politician wants to make 'ghosting' a criminal offence and have abusers 'punished for causing emotional cruelty'
News
Woman sues date for $10,000 after he fails to turn up causing her 'emotional distress'
Entertainment
Male Naked Attraction contestants forced to ‘fluff’ up their manhood in the cold green room before show
Entertainment
Love Island's Gemma finally tells villa about dad Michael Owen
Next Page