You'd do it for a year anyway.

There's an unbelievable job available in New Zealand and not one person has applied for it.

Here are the terms being offered to become a GP in Tokoroa in the North Island: 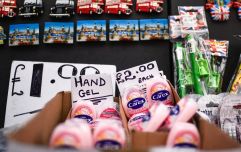 Are you washing your hands correctly? This guide will let you know

END_OF_DOCUMENT_TOKEN_TO_BE_REPLACED

Dr Alan Kenny, who is offering the position, told the New Zealand Herald he hasn't received any applications for the role despite the package on offer.

He reckons the size of Tokoroa (population: 13,600) and getting people to move out of Auckland is the biggest problem in finding a partner for his practice.

“If they recruited more students from rural areas, they might actually come here."

Given the recent news, we reckon he'll be getting a few emails from the UK  in the next few days. 12 weeks holidays and a four day week. Unreal.

Warning: Do not hire this man.