The list of things banned from 'Britain's strictest school' is staggering

"Tuck your shirt in. Spit out that gum. Put that fire out. And that one."

Words familiar to anyone who went through school. Rules, rules, rules, and a bit of learning. Rules, of course, were made to be broken, but one British school has introduced so many strict rules that it'd be hard to know if you were breaking a rule or not. 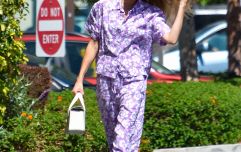 END_OF_DOCUMENT_TOKEN_TO_BE_REPLACED

Some of the rules are fairly straightforward: no inappropriate school shoes, no using your mobile in class, no abusive language - the kind of stuff you'd expect to not be cool at school.

But some of the rules are a bit harsher, including things like: no slouching, no looking out the window, no replying to a question with 'dunno, yeah, huh' and no rolling of eyes.

Head Teacher Ian Rimmer said on the school website: "Our ethos demands the best from everyone. We take pride in preparing our students socially as well as academically."

Described by Metro as "Britain's strictest school", there's no doubt that the rules at King James's are stricter than many other schools, but for former student Morgan Burton, they're too much.

"It clearly removes students rights for self expression and free speech creating a narrative whereby the administration of a government-funded school is implementing its own beliefs which contradict the most basic of human rights," Burton said. 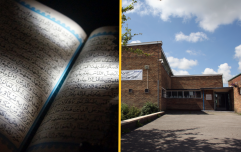 END_OF_DOCUMENT_TOKEN_TO_BE_REPLACED

At King James’s School, we consider excellent behaviour to be a fundamental requirement for success. We take pride in preparing our students socially as well as academically. To this end, the following behaviours are considered unacceptable at King Jame’s School and will be challenged by all staff:

6. Using earphones, or visible wires/mobiles out in lessons

7. Not replying when you greet them

8. Not holding doors open for other people

9. Not saying please/thank you or in a sarcastic way

10. Thanking other people in an inappropriate way

11. Entering a classroom without knocking

14. Saying ‘why?’ when questioned about behaviour

19. Answering in a silly voice

20. Not looking directly at staff when talking to them/paying attention to when spoken to

Behaviour out of lessons

23. On corridor during lesson time without pass/note in planner

25. Unnecessary accompanying of friends in corridors during lessons/registrations

26. Pushing in the dining room queue

28. Looking out of window instead of the board

30. Getting out of seat without permission

31. Turning around when told not to

35. Drinking liquids other than water in lessons