The definitive ranking of drunk takeaways

You've had a fair few drinks and there's a rumble in your stomach. You know what needs to happen next.

There is a defined hierarchy of takeaways. We know this because we've defined it below. So where does your drunken snack of choice rank?

13. A sandwich you made at home

You've fallen at the first hurdle here, that particular hurdle being the word 'takeaway'. While it is true to say that you went to ASDA and 'took away' the bread and filling that made this sandwich, this cannot in good conscience be accepted as a takeaway. A takeaway has to be purchased from a takeaway establishment and then taken away. For those on a budget, this is a common and sensible alternative, but an equal it is not. 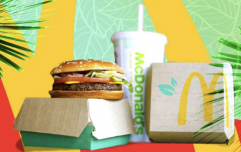 END_OF_DOCUMENT_TOKEN_TO_BE_REPLACED

It's tasty, there's no denying it, but sushi is far to fiddly for drunken hands to handle. Too many individual components - who wants to fuck about with pickled ginger when you've got three litres of continental lager inside you? But above all, sushi is just too fresh and healthy. A pissed-up post-club dinner needs a bit of grease about it, a bit of stodge and crunch. You won't get what you need from a bento box. END_OF_DOCUMENT_TOKEN_TO_BE_REPLACED

Falafel just doesn't sit with the aesthetic of getting shitfaced. Falafel might knock back a couple of double wheatgrass and kale smoothies, then get stuck into a heavy, two-hour tantric yoga sesh on a Friday night, but falafel won't be racking up the shots, taking its shirt off and chucking its chickpea guts up onto the high street.

In its defence, falafel is deep-fried (everything is better when it's deep-fried) and a pretty common alternative for vegetarians, but when there's potatoes, bread and cheese available, falafel just isn't going to cut it. Maybe at Glastonbury, but not after ten pints down The King George.

Assuming you're not already covered in sweat and your own/other people's vomit, curry is going to get all over your stupid face, body, clothes and hair. It's a disaster in waiting. A delicious disaster, certainly, but that masala sauce is practically begging to be spilled all down your brand new white Ralph Lauren (outlet, we're not made of money) shirt.

When you can't trust yourself to keep your drunken hand steady, you have to put all your faith in your takeaway. Curry is, by its very definition, a slippery character. It looks and smells so good, but when that crooked paving slab comes out of nowhere and sends you reeling, that's where curry will betray you.

Cheesy chips is the easiest takeaway to prepare, and yet it's always the one that's most frequently fucked up. The example above is pretty decent - a good portion of chips (proper chips too, by the looks of things) with a healthy serving of cheese dumped on top, and melted cheese, at that.

But what we've seen time and again is a paltry serving of fries - and pretty poor fries at that - with a measly scattering of cheese, or worse still, a cheese single, lying cold and unmelted on top. This is unacceptable, yet some of the less generous takeaway establishments in the country seem to think they can get away with it. A good cheesy chips is a beautiful thing, but it's too much of a gamble.

Sometimes all you need is a special fried rice. Sometimes that's the only thing that will suffice. Sometimes a sweet and sour chicken's quite nice. Sometimes... Chinese... comes at a... cheap price? Alright, abandon poem. This is no place for poetry anyway.

Chinese is a pretty solid option. It's fairly manageable, with limited scope for spillage, particularly if you stick to a rice/noodle-based dish. It's nice and carby and not so spicy as to ruin your intestines the next day. Look, you don't need us to tell you that Chinese is delicious, you know that. The only downside is that there just aren't as many late-night Chinese takeaways.

After a Big British night out drinking Big British beer, what could be better than a Big British chippy? There's always at least one late-night chip shop kicking around and their deep-fried delights are at your mercy.

It's rare to see someone go for a full-on fish and chips, but it's been known to happen. Perhaps more likely is a battered sausage, maybe even a saveloy if you're that way inclined, or even a classic curry sauce and chips. It's salty, it's vinegary, it's just the ticket.

There are times when only meat and potatoes will suffice; kebab meat and chips fills that role magnificently. Kebab meat is a dirty secret, a guilty pleasure - you know you shouldn't really enjoy shavings of maybe-just-a-little-suspect meat, but when it's done right, it's glorious. Even when it's done badly, it's still shamefully enjoyable.

Combine that juicy, fatty, salty deliciousness with a big whallop of chips, pour on some chili and garlic sauces, and you are laughing, my lad. The only downside is the massive and immediate heart attack that's certain to kill you after finishing the meal, but fuck, it was worth it.

People from the North East know what's going on here. For the uninitiated, the parmo (or the Chicken Parmesan, to give it its full title) is a fried, breadcrumbed chicken breast covered in a béchamel and cheese sauce, typically served with chips. There are many variations and toppings - think of it like a pizza with a fried chicken base.

There are two schools of thought when it comes to the post-night out burger. First is the high street chain - we're talking McDonald's, we're talking Burger King, we're talking... Wimpy? Unless you're on a piss up in 1985, we're probably not talking Wimpy. Maccy D's in particular represents excellent value and efficiency of service - you don't even have to speak to a human being to get your hands on a Big Mac these days. The future, eh?

The other school of thought is the takeaway burger, the kind you'd get from a place that also sells kebabs, pizzas, curry, fish and chips, etc. As Will Ferrell once said, "I like a place with a lot of items on a menu, because you know they do them all beautifully." That notwithstanding, the takeaway burger offers you more options: fancy some pineapple on your burger? Get a Hawaiian. Want some pulled pork on that? You're probably in some hipster takeaway, but you know it's available.

The doner kebab is the perfect marriage of greasy indulgence and fresh vegetation. A generous helping of shaved elephant's leg (lamb, chicken or elephant, whatever's your pleasure), wedded to a big pile of lettuce, tomato, onions, a big juicy chili pepper and lashings of garlic sauce, all barely held together by a pitta.

A kebab can go from perfection to disaster in a matter of moments, but out of all the messy takeaway options, it's the risk worth taking. You get the salty succulence from the meat, but the ample serving of salad fools you into thinking that what you're eating has some nutritional value. Quite simply a British (via Turkey) classic.

You thought you knew all there was to know about chicken. "Mmm, what a lovely roast chicken this is," you thought, never imagining that there'd be a better way to enjoy poultry. And then BAM - fried chicken rappelled down the side of your house and burst in through the kitchen window. Holy shit, a new dawn of chicken rose on your world.

It couldn't have been anything else. Pizza is not just the perfect post-drink meal, it might be the perfect meal full stop.

It's got bread. It's got cheese. It's got tomato sauce. It's got pepperoni, ham, peppers, spicy beef, red onions, jalapeños, BBQ chicken, meatballs - it's got pretty much whatever you want. It's ready to eat, with no cutlery required. It's perfectly portioned, for sharing or gradually stuffing into your face, slice by slice. It comes with its own plate. It's delicious hot or cold.

It burns the roof of your mouth when it's too hot and you can't wait for it to cool down because it's so tempting and delicious.

And that's it. That's the only downside: it's so delicious that you can't contain yourself long enough to wait for it to be safe to eat.