The definitive ranking of every household pet from worst to best

Happy National Pet Day to you and yours!

Whether you're lucky enough to have a pet or still in the process of begging your parents / landlord to allow you, we can all agree that pets make life worth living.

END_OF_DOCUMENT_TOKEN_TO_BE_REPLACED

Nothing, and I truly mean nothing in the world compares to that warm fuzzy feeling experienced when you hear your dog's footsteps on the floor wandering from room to room in search of your wherabouts. It's bliss.

But which household pets are the best? Which are the absolute worst?

Relax, I've got the answers.

Beggars belief, is a pet goldfish some kind of a sick prank? You may as well have a pet slice of apple if that's the level of interaction you're looking for. Goldfish are so boring, they put Edward Cullen to sleep. Do not buy a goldfish, ever. Having had a total of 4 (four) goldfish throughout the course of my childhood, I can comfortably inform you that they are garbage and also morons. My fish tank had a small filter that circulated the water, which caused quite a scene when my goldfish purposely swam into it, got stuck and rotated himself to death. RIP Atlantis x

Anyone that had a pet tarantula as a child is in jail now. Nobody in the history of humanity has ever been excited, upon arriving at a friend's house, to hear that there is also a gigantic spider in the building. Tarantulas are, with the greatest respect to our tarantula readers, disgusting. Like, next level disgusting. They're fuzzy, they have a surplus of six legs and are full to the brim with venom. Is a tarantula going to cuddle you when there's a storm outside? Get excited when you arrive home after a long and incredibly shit day at work? No, they're not. They're going to murder you in your sleep and make it look like an accident. 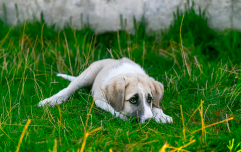 END_OF_DOCUMENT_TOKEN_TO_BE_REPLACED

The Teenage Mutant Ninja Turtles really oversold us all on the capabilities of turtles. Firstly, there isn't a person alive that can correctly explain the difference between turtles and tortoises, and anyone that claims they can is lying. Turtles and tortoises just kind of sit there, don't they. Maybe they'll get a little supervised wander out in the garden over the summer months, but that's about it. They don't emote well and it almost always appears that they are trying to flee their owner, albeit at comically slow pace. Cartoon turtles and tortoises are infinitely better than the real ones. The drop off rate of kids seeing Finding Nemo, wanting a turtle, getting a turtle and then immediately losing interest in their disappointingly boring turtle is 100%.

They're fun to look at, but I do want to touch your pet lizard? No, I absolutely do not. It could suddenly crawl up my sleeve, then into my open mouth, down my throat and work its way through nibbling my insides down to nothing. Also, the tongue. It's too much. Why does it have to slip in and out so suggestively? It's borderline sexual harassment. Lizards are perverts. When you think of a household pet, you think of something like a dog or cat. A lizard doesn't count. In many countries, a lizard in your house in a nuisance that must be tended to. Do not let lizards into your home, or they will very quickly and quite literally bury their way into your heart.

There are two places that snakes most certainly don't belong: In a house and on a plane. If you're regularly feeding your pet something that other people would also consider to be a pet, you are a hideous human being. Oh sure, give them a mouse here and there, but where does it end? A chimpanzee? A puppy? Flash forward six months on and your pet snake will be dislocating its jaw to feast itself upon your rotting corpse. Snakes respect no man. Never forget what they did to Cleopatra. Don't dare disrespect her like that.

Annoyingly, the only stock image of a rat I could find ended up being cute as a button, but don't let that deceive you. UB40 might have been confused about what to do with one of these guys, but I can help. Put them straight into the bin, where they belong. Rats are scum. If you have a pet rat, eventually, you will become the rat. It's hard to explain but you just need to trust me on this one. The only cool rat in the world is Splinter, and he's probably dead by now so you can just stop trying to compete with yours. Rats are gross. Get a clue.

A mouse is a vital computer component and that is it. You simply cannot derive satisfaction from having a pet mouse. Legally, this country won't allow it. What you're more than welcome to do is befriend a local mouse and invite it into your home every now and then, but you cannot deem it as a pet. That's like having a small child as a pet. Mice aren't pets, they're people too. Don't believe me? Then explain Stuart Little.

The act of keeping a bird that has the ability to go anywhere in the world at a moment's notice for the incredible price of FREE cooped up in your house for the entirety of its life is sick. Budgies have undoubtedly got eternal cabin fever and it's not fair. There's a whole world out there, one where you can get four sausage rolls for £1 and they're never going to get to see it. And for what? So you can put a blanket over the cage when you've guests over because it won't stop chirping. You're scum. Get a goldfish next time.

I was bitten by my friend's hamster before, but I'm trying to put that aside for journalism and so that I can remain impartial at all costs. The hamster in question was originally called Hamsterdam, an incredible name by any standards. But after a quick trip to the vet, it transpired that Hamsterdam was actually a girl. Rather than keeping the name as a defiant act of gender non-conformity, he changed the hamster's name to Sonia. She maliciously bit me one time. Anyway, hamsters are fine. Get one if you want, I don't care.

Let's drop the pretence and start seeing guinea pigs for what they really are: more visually appeasing rats. All credit to the lads, they've got some serious style. Every guinea pig looks different, with some sporting a grubby teenager hairstyle and others opting for a responsible banking consultant's cut. They're just very amusing to look at, and that's half the battle when you're trying to find the right pet. Guinea pigs are entertaining, harmless and they're cute. In summary, a very solid pet.

Based on no real understanding of parrots other than what I've seen in grossly exaggerated movie and television characters, parrots seem like a good time. They can ride bikes, drive tiny little cars and even talk. In many ways, they are better than humans. Having a parrot for a pet signifies that you, as a person, are a sizeable amount of banter. You're down for whatever and your parrot (named Paulie, obviously) is right there with you. Parrots are good pets. I approve.

If your parents or landlord won't allow you to have a dog or cat, an excellent compromise is a rabbit. They're cute, furry and like to cuddle. They've also got strong personalities. I had a rabbit (RIP Rocky, gone but never forgotten x) for eight years and he was a hoot. He was sassy as anything and an absolute fiend for lettuce. Rabbits don't ask for much, just a decent mix of fresh and packaged food, plus your respect in not looking at them while they eat their own poop every night. You cannot make a bad decision when you're getting a pet rabbit. They are all very good boys and girls.

Obviously cats are good pets, but they're also judgemental little terrors so this is as close to the top spot as they deserve to get. When they're in the mood for it, cats can be incredible little creatures. They're warm, affectionate and a genuine delight to be around. But every so often, your cat will look at you like you've just murdered its entire family right in front of it. The unfounded distaste is unsettling. They're up to something, cats always are. Cats are solid pets, but watch your back.

Many will be surprised to see dogs fall short of the top spot in this list, but I stand by my decision on this occasion. Dogs are majestic, dogs are incredible, dogs are everything that is right with this godforsaken world. They're excited to see you, they're sad when you leave, they've got cute little butts that wriggle as they walk, they can pick up on a vibe when you're feeling sad so they put on their best behaviour and they can spot if you're happy from a mile away and do their best to keep you feeling that way. Dogs are infinitely better than people. It should be mandatory that every household in the country has a dog, some can even have two if they want. There is no better pet than a dog. Well, except one...

Obviously, OBVIOUSLY the number one household pet award goes to Sea Monkeys. Let's get real for a minute. No other pet comes close to providing the anticipation, excitement, satisfaction and overall buzz that Sea Monkeys provide. They come from a packet of powder FFS, it defies all logic, nature and science. Then, you get to wait for an unspecified amount of time for anything to happen. Eventually, the eggs start to hatch and you're treated to a million little sperm-like creatures whizzing around in a tiny container. They don't even eat that much food and require no care whatsoever. You get to play God by creating life. Does a dog allow you to birth it from a packet? Does it heck. Sea Monkeys are the best household pets. Case closed. Bring in the dancing lobsters.