Student fools the internet with this fake John Lewis advert

A student project has gone viral after thousands of viewers believed it to be the much anticipated 2016 John Lewis advert.

The short film, which depicts a lovelorn snowman, is similar in style to the popular adverts. 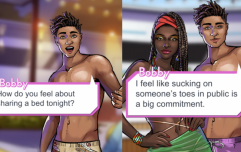 END_OF_DOCUMENT_TOKEN_TO_BE_REPLACED

Over 377,000 people have watched the ad so far, and the student who made it has clarified a few queries about the piece.

Nick J is baffled by the response and says that he wasn’t even going to upload the video.

In fact, he says the piece was a rushed last minute effort.

“Although I really appreciate the overwhelming comments, I do believe this piece could do with a lot of work as it was done in around 2 weeks from start to finish,” he writes.

“With such limited time I literally didn't have enough time to render out the animation, so I had to sacrifice a lot of things to make it on time; the resolution, there's virtually no shaders, and I had to reduce the amount of scenes and shot,” he writes.

Nick clarifies that he’s not affiliated with John Lewis at all.

“I do not affiliate myself with John Lewis or any of their production companies, this video is nothing more than a showcase of my last year’s media work,” he writes.

Nick was inspired by the success of John Lewis’s annual campaign and he got full marks for the piece.