Smoking and drinking massively improve your chances of getting laid, and here's why

"I've done the bad-boy thing. It was fun for a good three months. But the thing about bad boys is, you have to keep in mind, you're never gonna marry a bad boy."

From personal experience you'll probably know that when a woman describes someone as a nice guy, she means, "He's not hot."

On the surface it seems counter-intuitive, why would women be attracted to arrogant, inconsiderate or inattentive men?

For years psychologists have speculated that women might be programmed – either genetically or socially – to fancy cocky guys.

Presumably, bad boys are attractive for the same reason as all forbidden fruit; they are unattainable, at least in the intimate sense.

There is, also, the obvious aura of excitement that surrounds a man with a dangerous reputation. Perhaps its adventure and thrill seeking.


But many would suggest that their love of the stereotypical bad boy might run a little deeper than pure fun.

GHB: the sex drug epidemic which is destroying lives in the gay community

END_OF_DOCUMENT_TOKEN_TO_BE_REPLACED

Scientists are exploring the possibility that smoking and drinking in young males is subconsciously used as a "short-term mating strategy".

A recent study out of Ghent University in Belgium found men who smoke and drink were perceived as better short-term sexual partners.

There are, of course, plenty of obvious reasons women wouldn't be drawn to risky behaviour. So how can living dangerously get you laid?

While smoking and drinking aren't directly sexy in themselves, they are indicative of a carefree, rebellious attitude.


It's not that women like bad boys, they just don't like being bored out of their fucking minds... 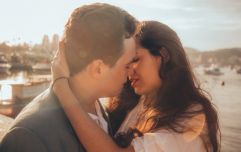 END_OF_DOCUMENT_TOKEN_TO_BE_REPLACED

Bad guys might not be attractive so much as nice guys are just needy, weak and predictable; making bad boys the only option.

Another study, conducted in 1999 by prominent shrinks Herold & Milhausen, found that affable men are often perceived as "boring, inexperienced, and unattractive”.

Hey, maybe people like "interesting people". Maybe we shouldn't be so quick to judge based on gender...

If you can't get laid, get a date, or get a girlfriend; don't blame women for "only liking bad boys". Focus on demonstrating that you're interesting, that you've got something else about you.

If you have to be cliched by smoking and drinking, so be it...

You may also like
Life
Is 'Sweep the special chimney' the world's greatest euphemism? An investigation
Life
Spongbobbing, Greggsing and Phil Jonesing: The dating trends you need to know about in 2018
Entertainment
Emilia Clarke on GOT sex scenes: "People f**k for pleasure - it’s part of life!"
Life
QUIZ: Can you get 10/15 in this game of sex true or false?
Entertainment
Netflix's new documentary is guaranteed to completely creep you out
Next Page