Predicting clothes models' personalities based solely on their facial expressions

ASOS models, whether they like it or not, give away a huge amount about themselves basely on the outfits they're being paid to model, the poses they're being told to make and the faces they were born with. There's nothing I'm sure of more than the fact that they are all Decent Lads™ underneath it all.

With that said, it's impossible to scroll through the ASOS website without becoming entranced by some of the models. Their expressions, their clothes, the twinkle in their eyes. Sometimes I look into their beautifully chiseled faces and I get an immediate sense of their entire life story. Some say it's a gift, others say it's complete bullshit.

Let's find out what these chosen models are all about.

Likes: Standing in front of the mirror as he lifts weights at the gym so he can monitor his body's progress, going to Nando's and getting double rice and a full chicken because he's bulking not sulking, bringing his BMW for a carwash and tipping the guy £2 for doing 'a cracking job on the wheels', going on nights out and saying 'cheers boys' with every drink, Instagramming his protein powder and using hashtags such as #gains #health and #mensfitness, carrying his gym bag literally everywhere and referring to his girlfriend as 'this one' in a non-sarcastic way.

Dislikes: People accusing him of being 'shit banter', parking spaces that are very far away from his intended destination, girls that wear too much makeup but also girls that were no makeup at all, slow drivers, meals without meat, flat hair, girly movies and any song that isn't by Calvin Harris.

Likes: Polo, eating in Michelin star restaurants and tagging in on LinkedIn, horse riding, trips to his parents' villa in Bordeaux, skiing, watching Wes Anderson films so he can say that he watches Wes Anderson films, referring to things as 'awesome' and 'savage', dipping into his trust fund, wearing expensive sunglasses to festivals, bragging about how little he uses Facebook, wearing boat shoes, spending time learning rap lyrics to then nail them seemingly off the cuff on a night out and ordering oysters everywhere he goes. 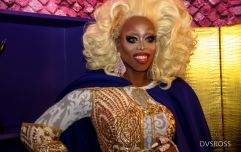 END_OF_DOCUMENT_TOKEN_TO_BE_REPLACED

Likes: Cigarettes, three litre bottles of cider, Lynx Africa, peeling the safety film off phones, sticking his finger into birthday cakes in the supermarket, spitting on the ground, stealing his parents' liquor and topping them up with water so they won't notice, whistling at people to get their attention, playing music on his phone really loudly on the bus, asking people outside off licences to buy him alcohol because he 'forgot' his ID and calling his friends a variety of inappropriate slurs.

Dislikes: Anything that requires waiting, manners, elderly people (except his nan), school and the education system as a whole, menthol cigarettes, when his mum's cooked chops for dinner, exercise, people having the audacity to padlock their bikes, the family dog and any football team that isn't Man United. 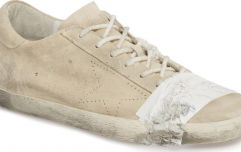 END_OF_DOCUMENT_TOKEN_TO_BE_REPLACED

Likes: Skipping college, finding money in an old jacket pocket, when Pot Noodles are 2 for £1 in the shop, blowdrying his hair, breathing through his mouth, wearing obnoxiously large headphones, always having a cracked phone screen because he refuses to get it fixed, playing video games until 3am, drinking approximately one beer and then getting sick, sending Snapchats of his abs, poking girls on Facebook, making fun of his friends to the point that it jeopardises their relationship, failing college, when there's sausages in the canteen at lunch and wearing pants that don't cover his ankles.

Dislikes: Working, college, not being a millionaire mogul yet, being told he can't go into the club because his shoes aren't appropriate, when his Dad asks who's the girl in his Facebook profile picture, running out of clean t-shirts, when people take the lower money choice on The Chase and when girls don't reply to his emoji-based WhatsApp conversations.

Likes: Taking selfies at funerals, calling girls 'babe', only drinking Grey Goose vodka on a night out, wearing big watches, participating in his lads' WhatsApp group called 'Iano is a knob', calling his friend Iano a knob, working hard at his Dad's company, farting on public transport, paying £200 for his haircut and beard trim, commenting the eyes emoji on girls' Instagrams, going to Wagamamas twice a week with the boys, hanging around his old school to remind the teachers that he now has a real job, bragging about how he can tolerate spicy food and winking at people he knows when he sees them.

Dislikes: Failing his driving test for the sixth time, girls that don't wear enough makeup, Zayn's solo efforts, when he goes to Magaluf for two weeks and it rains for three days solid, being called out on referring to everything as 'cheeky' and 'standard', not being able to say he's shagged a member of Geordie Shore yet and cheese.

popular
Jurgen Klopp calls Man Utd style 'the worst thing you can face in the world' after draw
Bundesliga player surprises referee by asking him to swap shirts at full-time
Kieran Trippier WhatsApp messages that led to his ban are revealed
Matthew Perry's dad was a character on Friends and nobody noticed
Deep fake meme lads sing sea shanty that will make you want to abandon your childhood sweetheart and circumnavigate the globe
Men who lost weight during lockdown share their diet and workout plans
QUIZ: Identify which of these 50 players played with Wayne Rooney
You may also like
Sport
Nike designs custom kit for player who keeps cutting collar off
Fashion
Gucci is selling jeans with fake grass stains for just £600
Sport
Nike's 2020/22 Nigeria collection is absolutely gorgeous
Quiz
QUIZ: Do you know the names of these classic trainers?
Sport
Balenciaga have released a 'high-end' fashionable football top for $780
Next Page