It had previously been believed that nobody successfully escaped the remote prison.

FBI agents reopened an investigation into three prisoners who escaped from Alcatraz after receiving a letter claiming to have been penned by one of the men. 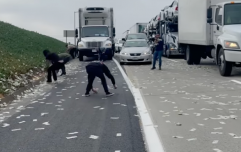 END_OF_DOCUMENT_TOKEN_TO_BE_REPLACED

It was in that 1962 that John and Clarence Anglin and Frank Morris attempted to escape The Rock located off the coast of San Fransisco. The FBI  never recovered any of the trio's bodies but concluded that the trio had drowned in San Francisco Bay.

However, the conclusion was thrown into doubt after a letter was sent in 2013, allegedly by John Anglin. In the document the former inmate said he was willing to return to prison in exchange for medical treatment.

According to the Metro, the letter read: "My name is John Anglin. I escape [sic] from Alcatraz in June 1962 with my brother Clarence and Frank Morris.

"Yes we all made it that night but barely! 'Frank passed away in October 2005. His grave is in Alexandria under another name. My brother died in 2011. 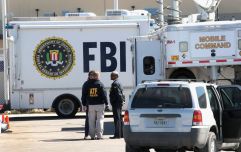 FBI agent accidentally shoots a man in the leg whilst dancing

END_OF_DOCUMENT_TOKEN_TO_BE_REPLACED

"If you announce on T.V. that I will be promised to first go to jail for no more than a year and get medical attention, I will write back to let you know exactly where I am. This is no joke this is for real and honest truth."

The Anglin brothers were held in Atlanta Penitentiary for bank robberies - having been sentenced to 15-20 years behind bars - but were moved to Alcatraz after a failed attempt to escape from Atlanta.

It has previously been believed that nobody successfully broke out of Alcatraz Federal Penitentiary, with all 36 attempts resulting in failure.

FBI investigations into the letter including a DNA and handwriting test proved inconclusive as to whether it was written by the man in question.

popular
Johnny Knoxville left with brain damage after bull stunt in Jackass Forever
Teen brothers arrested for 'beating stepdad to death after he abused their half sister'
The Beast opens up about mental health after storming off The Chase
Sex expert reveals how men can last longer in bed
Moment thug kidnaps teenage ex in horrifying ordeal that left her unable to walk or talk
Kieran Trippier pinpoints Daniel Levy's biggest mistake in the transfer market
Coronation Street star left homeless after sharing anti-vax views
You may also like
News
Suspect shot in Texas synagogue hostage situation was British, according to reports
News
FBI release previously-unseen photos of Epstein's mansion
News
Rapper Fetty Wap arrested on conspiracy drug trafficking charge
News
How did Brian Laundrie’s parents find his remains in a few hours?
News
Human remains found in US confirmed to belong to Brian Laundrie
Next Page