This story gets stranger the longer you read

An American man who had been living under a fake name for more than 30 years has now had his true identity revealed - reportedly after he had his covid vaccine.

END_OF_DOCUMENT_TOKEN_TO_BE_REPLACED

Jerry Leon Blankenship, 65, from Newport, Tennessee, had been using someone else’s identity since the early 1980s, according to court documents obtained by McClatchy News.

As reported in the Charlotte Observer, it is believed Blankenship took up a fake identity after deserting the US Navy shortly after basic training in order to avoid military service.

The person whose identity he stole reportedly belonged to his then girlfriend's ex-partner. Acting as the fake father of her child - at least on paper - she even gave him access to the man's social security number (ie his National Insurance details).

After separating, Blankenship ended up meeting the “estranged” daughter of his first wife, who she'd had during a different relationship - and the two started dating, authorities said. 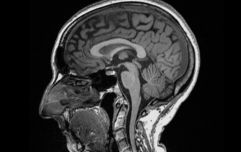 END_OF_DOCUMENT_TOKEN_TO_BE_REPLACED

The court papers show the two settled in the city of Newport where they went on to raise three children and build a home repair business together.

After living decades under a different identity, law enforcement in Tennessee became aware of Blankenship’s offences after reports from a victim of identity theft in North Carolina - the victim in question being the same man who had his identity stolen more than 20 years prior.

The fake identity spree was brought to an end in March 2021, when the mystery man visited a Walgreens pharmacy to get his covid jab in the real Blankenship name, the court papers revealed.

After being identified through CCTV footage, Blankenship pleaded guilty to aggravated identity theft and false use of a social security number as part of a plea agreement. 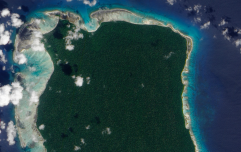 END_OF_DOCUMENT_TOKEN_TO_BE_REPLACED

Earlier this month, Blankenship was sentenced to 25 months in prison followed by three years on supervised release and it is thought he could also face a military tribunal for his desertion, according to a release from the US Attorney’s Office for the Eastern District of Tennessee.

popular
British schoolboy breaks internet after attending prom in sequined tuxedo ballgown
Dominic Raab may just have delivered the 'car crash interview of the year' over Chris Pincher scandal
Jordan Peterson suspended from Twitter over Elliot Page comment - says he won't apologise
Nick Kyrgios tells reporter 'I do what I want' after defying Wimbledon dress code
Brits to bake through four-week scorcher with highs of up to 35C predicted
Premier League player arrested on suspicion of rape
Travis Barker fans angry that Blink 182 drummer is now just referred to as Kourtney Kardashian's husband
You may also like
News
Fears surging covid cases could ruin summer holidays with return of tests and rules
News
Scientist warn that climate change will drive new transmission of 4,000 viruses between mammals by 2070
News
WHO confirms two new Omicron sub-variants are under investigation
News
Outrage after corgi beaten to death with spade by covid worker in China
News
People who have Covid in the last six months warned over blood clot risks
Next Page