Jewish school refusing to teach LGBT issues should not be expanded, says Ofsted

Ofsted rules that LGBT inclusive education is a must

A school that is refusing to teach children about LGBTQ+ topics should not be allowed to expand, Ofsted has said. Talmud Torah London is looking to expand its age range, but Ofsted has ruled that their plans for secondary education do not meet the requirements they are looking for. 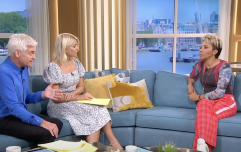 END_OF_DOCUMENT_TOKEN_TO_BE_REPLACED

Talmud Torah London, which teaches children aged between five and eleven, is seeking to expand to cover both Years Seven and Eight. All schools wishing to expand need to apply to the Department for Education, where Ofsted are usually employed to conduct investigations into the school's suitability.

The proposed curriculum is “likely to be suitable”, says Ofsted. “The planned curriculum covers all the required areas of learning, including religious education, English, mathematics, science, computing, physical education, music, geography and history," the report said.

However, the investigation revealed that the proposed sex education lessons were not compliant with education standards.

Inspectors said that Talmud Torah London’s leaders confirmed that “the school has no intention of ever referencing those who identify as lesbian, gay, bisexual and transgender as part of PSHE education or relationships education”. 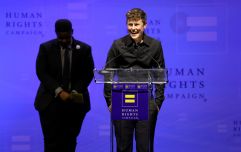 END_OF_DOCUMENT_TOKEN_TO_BE_REPLACED

Ofsted stated that the school is “unlikely” to meet the requirements of the Independent School Standards, but the final decision will be down to the Department for Education.

People have long debated the presence of LGBTQ+ lessons in school, despite the large percentage of people that believe it should be taught.