The pandemic has changed the way we operate in our day to day lives. The most recent change is a proposal that could mean employees have the right to work from home.

END_OF_DOCUMENT_TOKEN_TO_BE_REPLACED

The said proposal would make it illegal for employers to insist that their staff must be on-site during work hours. This drive for so-called flexible working has been met with both adoration and criticism, with many claiming it could initiate a zombie-like workforce.

A source from Whitehall has told the Daily Mail the following:

END_OF_DOCUMENT_TOKEN_TO_BE_REPLACED

‘We are looking at introducing a default right to flexible working. That would cover things like reasonable requests by parents to start late so they can drop their kids at childcare.

‘But in the case of office workers in particular, it would also cover working from home – that would be the default right unless the employer could show good reason why someone should not.’

“The best jobs really can be performed from anywhere .. the most important thing that’s happened in my lifetime, a consequence of the internet that’s maybe even more important than the internet” @pmarca nails the impact of all remote. From now on we all win the geographic lottery 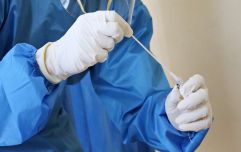 END_OF_DOCUMENT_TOKEN_TO_BE_REPLACED

Some jobs are feasibly impossible to conduct while at home. Hospitality, retail, and the emergency services are just a few of the professions that would need to be physically present. Trying to get a tooth removed with your dentist working from home could be relatively complicated!

Remote working has been a topic of discussion since the pandemic started, with many individuals claiming they actually work harder when able to work flexibly. However, critics say this could lead to a drop in productivity, poorer mental health, and the UK’s workforce operating like recluses.

Others have urged the Government to adopt a hybrid approach to working, where staff and employers would collaborate on what works best for the individual and the needs of the business.

A spokesperson for the Government also said: ‘We have paused at Step 3 for up to four weeks due to the new Delta variant, and we will continue to assess the latest data on this variant over the coming weeks.’

Though nothing is yet set in stone, this monumental change could usher in a new reform in modern working. We could very well see an overhaul in traditional working values and a replacement with something that fits a broader spectrum of contemporary jobs.

popular
Wagatha Christie: Wayne Rooney describes 'awkward' moment he asked Jamie Vardy to get his wife to 'calm down'
Johnny Depp's lawyers reveal poignant reason why actor refuses to look at Amber Heard in court
Awkward moment Piers Morgan is a called a c**t by a guest on his own talk show
Italian media still clinging onto unlikely hope they will play at Qatar World Cup
FootballJOE's Career Path Quiz: #6
Julia Fox says Amber Heard was not 'powerful enough' to abuse Johnny Depp - and people are divided
Amber Heard admits she didn't honour promised $3.5m donation to civil liberties group with $7m from Depp divorce
You may also like
Coronavirus
Severe covid can cause brain impacts equivalent to ageing 20 years, study finds
News
Horror as elderly man pulled from body bag alive moments before he was due to be cremated in China
Entertainment
Joe Rogan claims he gained two million subscribers amid attempts to remove his podcast from Spotify
News
Here is how your smartphone could soon tell you if you have covid
Entertainment
Elon Musk blames 'the woke mind virus' for making Netflix lose 200,000 subscribers
Next Page