Not all heroes wear capes.

31st August 2017 will forevermore be known as the day that my life started to make sense. I had spent countless years wandering in the abyss, trying to figure out what it is that I'm about and who I'm supposed to be. END_OF_DOCUMENT_TOKEN_TO_BE_REPLACED

Well wonder no more, because I have found my calling thanks to a spontaneous trip to Poundland. Truth be told, I had no feature ideas this morning, so I went to a few discount shops in search of a deeper meaning of myself.

I perused the aisles looking for the meaning of life, as one typically does. Then, out of the corner of my eye, a heavenly glow drew my attention to one particular item.

That item was the Banana Surprise. This is my story.

At a glance, you can see why I was arrested by this delightful item. It's fun, colourful and I certainly meet the requirements of being aged 6+. The girl on the box is having a brilliant time, there seems to be a lot of moving parts which is always fun and bananas are such an appealing food to play with. I had to check the surrounding areas to make sure I wasn't in the £2 or even £5 section of Poundland because the quality of the product I was looking at just didn't seem to match up with as minuscule a price as 100 pence.

I was practically giddy with excitement on the walk back to the office. I was sure to be the talk of the town for managing to bag such a bargain. "£1?", they'll say, "You've got a right bargain there". Turns out the office was pretty quiet this morning so I wasn't met with any interest whatsoever, but that's entirely fine. I know my own worth.

END_OF_DOCUMENT_TOKEN_TO_BE_REPLACED

Looking at the back of the Banana Surprise box, it's still an absolute whale of a time. The fun colours continue, the intrigue is heightened and we learn a bit more about the Banana Surprise process. It appears that I will be cutting, placing, coring and then filling a banana to get this party started. I'm excited. I'm also concerned about what has happened to the world of journalism, but that's not up for discussion here today.

I'm not proud of what I'm about to say, but I need to be honest. Upon opening the box, I realised that I had forgotten to buy a banana on the way back from the shop. I passed roughly twelve places where I could've purchased a banana, but my mind was elsewhere. I was elated. I'd just bought a Banana Surprise. My head was expectedly in the clouds. Luckily, I remembered that I had a banana sitting on my desk for the past two days. It wasn't pretty, but it was something.

Equipped with all the tools I needed to make a Banana Surprise, I got down to business. Sure, the banana wasn't particularly appealing on the outside, but I knew that it had all the necessary requirements to make a delicious Banana Surprise because it's what's on the inside that counts. 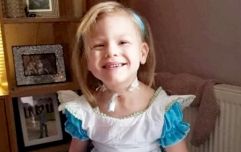 END_OF_DOCUMENT_TOKEN_TO_BE_REPLACED

At first, I was dubious about the knife. It seemed a bit too childproof to successfully chop the tip off a banana. But how wrong I was. Of course the complimentary Banana Surprise knife would work. This isn't some amateur Blue Peter shit, this is the big league. If your dreams are going to come true, they're going to come true hard and fast with all the essential tools that you need to make a Banana Surprise.

Once I placed my tipless banana into the suitably named 'yumstation', my excitement kicked up a gear. Things were really happening. My life was falling into place just like the banana in its comfortable little bed ready to be cored. I reflected for a moment, wondering what my 'yumstation' is. Probably bed, or the seat in the kitchen with the good cushion. Either way, this banana was about to be taken on the ride of its life and I was the chief navigator.

With all the intensity and dedication of a person that's looking for answers that nobody can provide right now, I stuck the banana corer right up my banana's shaft and began to remove its insides. Unfortunately, approximately one third of the way down, I encountered an issue. The trajectory of the corer didn't align correctly with the banana's centre. Not to worry, I quickly decided that half a Banana Surprise would be better than no Banana Surprise at all. The corer perforated a small area of the banana skin, but at the end of the day, we all have our flaws and that's just something we need to embrace and overcome.

This next part was easily the most disgusting part of the Banana Surprise process. The corer comes with an additional piece, which I quickly learned was to aid shoving the banana core out of the corer. The banana came out very slowly, then curled itself upon the table. I gagged, then quickly gathered myself again to regain focus. It's not about the journey, it's about the destination. There were bigger fish to fry. What was I going to put in the banana? Melted chocolate? Syrup? Cheese? Due to the work kitchen limitations, I had no other choice than to go for...

Steak sauce. The only thing I could find was steak sauce (with Irish stout). Steak sauce. Sauce for steak. Look, if I've learned nothing else here today, it's that preparation is always an important part that shouldn't ever be overlooked. If you fail to prepare, you make an ass out of you and me - pretty sure that's the saying. Either way, this is about an enlightening experience. The result doesn't need to be a culinary triumph, it's more about getting a fine piece of #content for £1. With that in mind, I funnelled that steak sauce into the little squeezy bottle provided like a champ and got to work on completing this Banana Surprise.

The cored banana waited patiently whilst I prepped the surprise filling. It meant no harm, it was merely awaiting its destiny, much like myself. Whence the bottle was full and ready for action, I introduced the pair. "Good afternoon, I shall be inserting you into each other, please do not fear me, I intend nothing but purity". They seemed keen. The banana was grateful for such a whirlwind life experience, usually they just get eaten whole or put in a smoothie.

There was some resistance from the bottle of steak sauce at first. It wouldn't allow the saucy goodness to escape. I tapped it on the table several times and squeezed it with all my might. The concept of consent popped into my mind, but was quickly dispersed with one almighty splooge of liquid into the banana. The applicator basically exploded into the cored banana, which resulted in a perfectly filled Banana Surprise. I'd done it, I had made a Banana Surprise.

Things felt as if they were too good to be true, and they were. I decided to partially peel the banana in a bid to investigate the success of the operation. As my suspicions were proven valid, I noticed that the steak sauce had burst through the centre of the banana. The coring incident from earlier had come back to bite both me and my dreams of making a Banana Surprise right in the ass. That corer fucked everything. You can't have a Banana Surprise if the surprise part is oozing out the side. That's not a surprise, it's a goddamn mess.

As I washed the displaced steak sauce (with Irish stout) from my banana-scented hands, I realised something. No matter how excited you are, no matter how hard you try to make something work and no matter how reasonably priced something is, you're never going to win. Life is always stacked against you. That Banana Surprise could've been £5 or 50p and the result would've still been the exact same. If you don't prepare beforehand, things aren't going to work out. Nobody is above preparation. Carelessness and clouded judgement are always going to hamper your efforts. If you want something, you need to throw yourself into it wholeheartedly, that means research, preparation and perseverance.

The story didn't end at finding a Banana Surprise for £1, it only began there. What followed was entirely down to me and I didn't deliver. Basically, if you want things to work out, always remember to buy a fresh banana and probably use something more suitable than steak sauce (with Irish stout). We are all garbage and life is mostly crap, but these tiny moments like finding a Banana Surprise for £1 provides us with enough excitement to keep our spirits up. I don't regret buying the Banana Surprise, and I wouldn't change today's failure for the world.

popular
Emmy Awards hit with criticism after all major acting awards go to white actors
Mum takes over school board meeting with bizarre anal sex rant
Accidental footage may have helped FBI find body in Gabby Petito search
Jeremy Clarkson 'worried' about Kaleb Cooper's future
All-female cabin crew dismissed by new Taliban bosses in Afghanistan
Mum paralysed by stroke after M25 protest delayed trip to hospital by six hours
Woman sobs after £215 haircut that leaves her looking 'like a Karen'
You may also like
Life
The Queen eats bananas with a fork, so I tried it
Tech
Which is better - Nokia's 8110 banana phone or an actual banana?
Food
The extremely random carb this nutritionist wants everyone to eat
Life
How to charge your mobile phone with a banana (Video)
Life
Unvaccinated TikToker begs people to get the vaccine in final video before she died
Next Page