Is the name a good idea or the worst idea?

A new mother is facing a dilemma after being informed that her chosen name for her baby boy is actually an insult in other countries. Naturally, she asked Mumsnet about her conundrum. 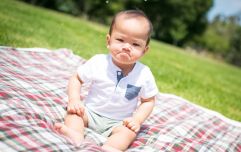 END_OF_DOCUMENT_TOKEN_TO_BE_REPLACED

The mother has chosen to name her child Nimród, which is not exactly the nicest of words further west. Hailing from Hungary, the woman explained that her chosen name is actually very popular in her home country.

The woman was informed that 'Nimrod' is actually slang for idiot or stupid in the US and now she is deciding whether or not to change it.

Posting to Mumsnet, she wrote: "We are from Hungary where Nimród is a popular boy's name, and we'd like to call our child Nimród.

"However, I've just learnt that in American slang 'nimrod' means idiot, dimwit, stupid, etc. But I've never heard this in the UK. 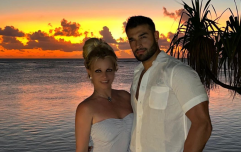 END_OF_DOCUMENT_TOKEN_TO_BE_REPLACED

She continues to say she was hoping UK residents could shed some light on whether or not the meaning is the same.

The name originally stems from a biblical figure mentioned in the Book of Genesis and the Books of Chronicles. He is the grandson of Noah (the guy with the beard and the boat) and is said to be a great hunter.

The mum's back-up names also keep to their Hungarian heritage, they are László, Zoltán and Vajk.

Mumsnet is divided on whether or not the name is a good choice. One user wrote: "I'd never heard of it as an insult and thought it sounded great- the mighty hunter - but if it's a known put down then maybe best avoided, or used as a middle name as Americanisms have a tendency to spread here."

"Never heard it as derogatory, personally love it," replied another.

The general consensus seems to be László or Zoltán, with the former being mentioned the most.