How to actually chat up a woman, according to two women

The internet is full of spurious advice from "pick-up artists" and "seduction gurus" promising to cure you of your blue balls in exchange for a follow or a quick cash payment.

Truth is, most of these self-professed "experts" are men. So, in search of truth, JOE has asked women, real women, how to navigate the seemingly paper-thin line between ~romantic~ and ~creepy~.

Lydia Morrish and Kate Lismore are both young journalists who live in London and who write about "all things female" in a series of columns and advice articles.

They are often found helping 21st century men to be better people. So, here – listen – and they might just show you how to handle the perils and pitfalls of our dating culture:

It can be hard to chat to girls on the street these days. Most people meet potential partners online or through their network of friends, and nobody wants to be labelled a sexual harasser. The truth is lots of girls like to be approached on the street. If you do it properly, that is. Courtesy is key. Catcalling isn't acceptable. 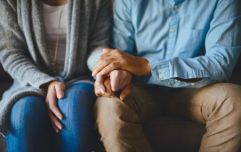 END_OF_DOCUMENT_TOKEN_TO_BE_REPLACED

"Babe", "Darling" and "Sweetie" are, at best, try-hard, and, at worst, patronising. One of the most important things to consider when talking to a human female is exactly that - she's a human. Her name is generally a good place to start. Drop a name a few times early in the conversation – it never hurts show you're paying attention.

In real life or online, the longer you delay, the more stale the chat will invariably become until eventually the spark dries up. If you're chatting on Tinder, try not to mindlessly message for ages. Meet in person sooner rather than later; otherwise you'll lose your edge. People don't remember names. They do remember faces and tones of voice. 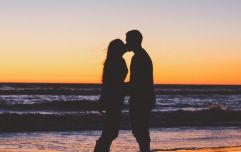 END_OF_DOCUMENT_TOKEN_TO_BE_REPLACED

This works both ways. Relaxed confidence is going to count for a lot when you first introduce yourself to someone. But likewise, being mindful and not overly cocky is always best. Studies show that by doing virtually nothing to alter your physical appearance but by being more attentive and engaging, you're far more likely to have a positive interaction.

6. "Don't assume she wants you to buy her everything"

Once you've secured a date you don't have to be chivalrous 24/7, and being overbearing or domineering is a total no-no. Refusing to let a girl pick up the bill or at least pay her own way can be pretty offensive. It's easy to watch movies and TV and think chivalry is the way forward, but it's outdated, and it probably won't get you very far.

They might be the most obnoxious people in the world. It might be more like interacting with NPCs than playable characters. But it doesn't matter. Even if you don’t have much in common with her friend, if you really like the girl you have to give the people she surrounds herself with the benefit of the doubt.

No man likes getting rejected by a woman, but never take it personally. Yeah, yeah, we know, it's never nice to get the Spanish elbow, but practise really does makes perfect. Take rejection as a learning experience, and move on. What doesn't kill you will only make you stronger. Check out the wannabe Lothario below, who uses getting shut down to boost his own confidence.

Play nice! And above all else, be yourself!

Any dating advice we missed? Got your own strategy for avoiding the creep-zone? Let us know at [email protected].


popular
QUIZ: Can you name every top European football club that begins with 'L'?
The JOE Friday Pub Quiz: Week 210
Protestors and police officers injured at anti-lockdown protest
Netflix has just released a must watch Jose Mourinho documentary
A definitive ranking of every swear word from worst to best
QUIZ: Can you name these managers' first signings?
Manchester United score penalty after full time whistle in 3-2 win over Brighton