Hipsters beware! This is the gross reason you should stop wearing sockless shoes IMMEDIATELY

Whether you’re a repeat offender or you just sometimes go sockless, medical professionals are now telling us to cut it out. 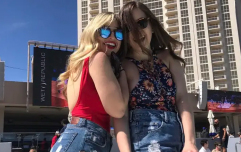 END_OF_DOCUMENT_TOKEN_TO_BE_REPLACED

Yes, the rising trend of the bare ankle has caused an increase in podiatry patients and doctors are now warning us to put our socks on.

Recent figures suggest that the sockless trend is causing a rise in the number of people developing fungal problems and infections like athlete’s foot – and it’s mostly men.

“As a whole, we are seeing more and more men coming to us with issues caused by poorly fitting footwear, and not just ones choosing to go sockless,” podiatrist from the College of Podiatry, Emma Stevenson, told The Telegraph.

“Depending on the level of sweatiness of the foot, there may be issues with too much moisture in the feet, which can leave you vulnerable to fungal infections such as athlete’s foot.

“On average your feet will sweat half a pint a day; that’s a lot to be pouring out straight into your shoe without it being absorbed by a sock.”

And it’s not just our lack of socks causing a problem, people are now buying poorly-made footwear more often and that is also having an impact.

“Many shoes that are available on the high street today may have leather uppers but are lined in synthetic material, which is not breathable.

"If the lining is not breathable then moisture, heat and bacteria will all be trapped inside the show.”