Half of Brits don't think it's worth going to the moon, we truly are a nation of imbeciles

A YouGov survey has found that 48% of Brits wouldn't take a trip to the Moon, with the majority citing a lack of interest and believing there isn't enough to see or do

Congratulations, Britain. We are officially the dullest nation in the entire world. As if there was ever any doubt. Any doubt at all. We are - confirmed - an island of uninspired, tiny-minded imbeciles with gloop for brains and imaginations eroded to dust by decades of queueing and moaning and blaming foreigners and moaning and queueing and moaning about queueing and queueing up in another queue specifically to moan about the queue we were originally in whilst trying to pin the blame on 'the foreigners' for making the queue so long in the first place. If we can. Whilst we're at it.

Why would any of us want to go to the moon, the sole natural satellite that orbits our planet, the lone cosmic body we have within reach, the only tangible link to the vast, incomprehensible chasm of space that envelopes us like hulking sand dunes do a desert beetle? No, why would we do that when we can sit in our fucking pants at home and eat digestives and watch people literally just bake things but not actually watch and instead scroll through our phones looking at GIF reactions to the people literally just baking things and laugh but not actually, not out loud, just that quiet internal ha you do when your Deliveroo advert-addled mind finally whirs into something vaguely resembling consciousness and manages to equate one thing with another, oh I recognise this scene from a film and now it is being used in a different context but to connotate a similar emotion, ha, I wonder what's for tea, oh I've already had it, it was cheese and onion crisps, in bread, again, I guess I'll just go to bed and read exactly half a page of my motivational best-seller recommended to me by my colleague because I have independent thinking only in the way an ant does, which is not at all, and now I'm asleep and I'm dreaming but only about situations so bone-crushingly mundane I might as well not be dreaming at all, I might as well just be thinking about different kinds of rocks and how there are actually only two kinds, big rocks and small rocks, and nothing in between.

Again: I do not want to go to the moon, it simply does not interest me, there is nothing/not enough to see or do. I am a real person that exists and I believe this. This is what I believe.

Half of Brits wouldn't want to take a trip to the moon, even if their safety were guaranteed. The top reasons:

"Nothing/not enough to see or do" - It's the moon. Why don't you, oh I don't know, just thinking out loud here, why don't you take a moment or two to glance at the awe-inspiring sight of our planet floating in the jet-black expanse of the universe, a coruscant marble bobbing atop an oil slick, a sight more immense and more beautiful than anything you've ever seen or ever will see in the entirety of your life, you fucking stupid fucking cretinous ghouls?


Does that not sound good, basking in a sight only twelve (12) human beings have ever seen? Out of some one hundred and seven billion (107,000,000,000) to ever exist? Nah? Not worth your time, is it? Can't be fucked to revel in the unbridled majesty of space, is it? To reflect on what the very concept of life itself may or may not mean? No? Not arsed? Because you've seen Interstellar? Not interested in stopping for one brief moment in your vapid little existence just to come to terms with how insignificant you really are, how nothing you will ever say or do truly matters when faced with this grand tapestry of light, oblivious to our presence, and then feeling all euphoric and content and safe and free in that knowledge? 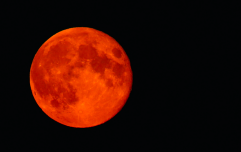 END_OF_DOCUMENT_TOKEN_TO_BE_REPLACED

Can. Take. Or. Leave. It. To. Be. Completely. Honest. With. You. Mate. Got Cheltenham in March.

Britain would only go to the moon if, when we got there, there was a Wetherspoons with no windows where we could sit and let our elbows stick to the table and buy condoms out of a machine for precisely three quid. Britain would only go to the moon to come back from the moon and complain about it, the actual moon, to friends, family and coworkers, everyone we have ever met, and advise them never to go. To the moon. You should have seen it Jase, the gravity was appalling; I honestly couldn't believe it Karen, there wasn't a TGI's in sight. We had to go to Burger King.


popular
Grant Imahara, co-host of Mythbusters, has died aged 49
Benson Henderson reasons for leaving UFC echo Conor McGregor's issues
Clive Tyldesley replaced as ITV's main football commentator
Macaulay Culkin reveals disturbing reason he left Hollywood as a child
QUIZ: Identify 99 movies from the 90s by a single image
Can you name every English football league club that begins with 'S'?
This is how much time most men need after orgasm before they're ready for another round

You may also like
News
The moon will turn red on Friday, during the longest lunar eclipse this century
Life
Are you washing your hands correctly? This guide will let you know
Life
Spending a week as a real-life, actual pub landlord
Life
Is Bradford the new home of UK grime?
Life
Race to Amsterdam: Luxury train vs budget plane
Next Page