You've all seen those headlines

Drug busts make for good news stories. Police services get to pose with more drugs than most people have ever seen, boasting what looks like a huge achievement in the battle against drug crime. If only it were that simple.

END_OF_DOCUMENT_TOKEN_TO_BE_REPLACED

The 'war on drugs' seems never ending, and that's because, well, these drug busts do not help in reducing crime. At least according to former undercover police officer Neil Woods, who believes "police all over the world know that pictures [of drug busts] are a deception."

Speaking in a video for Anyone's Child, a campaign to end the war on drugs, he explains: "These are headlines we all know. The police have made another big bust, and they're keen to show it off, with the drugs laid out on the table and the cameras clicking.

Woods adds that "senior police love this coverage", as it allows them to push for bigger budgets.

"Politicians use it to convince everyone their policies are working. And journalists know that drug stories always generate clicks."

END_OF_DOCUMENT_TOKEN_TO_BE_REPLACED

"But there is a dirty secret that every cop in that picture knows," he says. "No matter how impressive the seizures look, it makes absolutely no difference to the drug supply.

"Not only do we never decrease the drug supply, these busts actively increase violence."

Great to see lots of people are sharing this video when they see posts celebrating drug busts - they don't disrupt the supply.

Keep sharing, keep the discussion going and let's get drugs under control. pic.twitter.com/ziVh7bVdeR 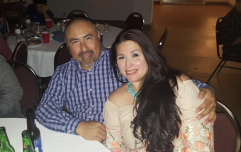 END_OF_DOCUMENT_TOKEN_TO_BE_REPLACED

It sounds strange, but Woods goes on to explain that "if you take out one major drug dealer, all you do is instigate a turf war. And in this war, it's the most violent and ruthless criminals who rise to the top."

"Even the national crime agency, Britain's version of the FBI, recognise that this approach doesn't work," he added.

JOE's Alex Roberts spoke to Woods recently about the racist history behind the criminalisation of drugs. Watch the interview below.

"They changed the name of cannabis to marijuana in the United States - to make it sound more foreign."

Drug laws are deeply rooted in racism, according to this former undercover police officer. pic.twitter.com/9WtT5Ixdi2