It doesn't go down well with the crowd...

A prom night DJ has been slammed online over his choice of song for the prom queen's winning dance.

END_OF_DOCUMENT_TOKEN_TO_BE_REPLACED

In a clip of a senior prom in Texas, the prom queen Sarah Mendenhall, who is in a wheelchair, is in the middle of the dancefloor alongside the prom king, as the pair wait for their song to be played.

The DJ opts for Ed Sheeran's romantic classic "Thinking Out Loud," which you may be thinking is a pretty safe bet.

But the prom-goers audibly gasp and voice their displeasure with the song choice when Sheeran sings the opening line of the song: "When your legs don't work like they used to before."

The video was recently uploaded to TikTok by user Celeste Orozco, who said she was the prom queen's best friend, and has since been viewed more than 17.5m times.

END_OF_DOCUMENT_TOKEN_TO_BE_REPLACED

Many voiced their anger with the DJ and their sympathy for Sarah.

One person accused the DJ of knowing "exactly what he was doing," with another describing the song choice as "f***ed up." 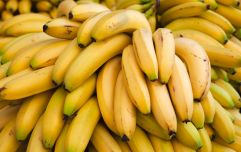 END_OF_DOCUMENT_TOKEN_TO_BE_REPLACED

Someone else simply said: “THERE'S NO WAY."

“Personally would’ve walked out,” another stated.

One user said they were a "wedding DJ" and added: “We can’t know every lyric to every song but damn.”

“I FORGOT THE SONG BEGAN LIKE THIS,” one commenter said.

But eventually, Sarah herself commented on the video, and said that in fact she had found it "really funny and ironic."

"I didn’t know what was playing until way after cause I was tryna ✨dance✨" she added.

Claire also said that the prom night had been great and they all "had a good laugh about it the next day."