Coleen Rooney has said she's learned to “live with” husband Wayne Rooney’s cheating, but revealed they are not "lovey-dovey". 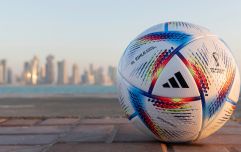 END_OF_DOCUMENT_TOKEN_TO_BE_REPLACED

Speaking in a new documentary about the footballer's life and career, Coleen opened up about dealing with the fact her husband had slept with prostitutes behind her back, been arrested for drink driving, and indulged in 10-hour booze sessions during their 13-year marriage.

Asked why she stayed with him, the 35-year-old says: “When you’re making them decisions, you’ve got to focus on what you want and not what else, because you have so many people saying different things to you. Oh ‘Why is she getting back with him? She should’ve got rid of him ages ago’.

“Obviously I listen to the people that matter to me, my mum and dad, they’ve always given me a positive outlook on things.

“There’s nothing that we can’t deal with, and that’s my way. We’re in a situation, let’s sit down, let’s see what we can do, and can you make it work? And we have," she says in the Amazon documentary.

END_OF_DOCUMENT_TOKEN_TO_BE_REPLACED

Coleen goes on to explain: “We’re not the lovey-dovey type anyway and we like to have a laugh together and we work well together, and we’ve got four kids."

The mum-of-four admits that her boys were part of the reason she took Wayne back time and time again, but said they still love each other.

“I know people say, ‘Oh were they just staying together to keep the family unit together?

“That was part of it but also we still love each other.”

END_OF_DOCUMENT_TOKEN_TO_BE_REPLACED

The couple share four children - Kai, 12, Klay, eight, Kit, five, and three-year-old Cass and recently moved into a £20 million mansion in Knutsford, Cheshire, dubbed a ‘Mini Versailles’ by the couple.

“Hopefully he’s learnt and he doesn’t get himself into any of those horrible situations again,” Coleen said of their fresh start in the luxury home.

“But it’s happened and I’ve got to live with it and if I couldn’t cope with living with it I would have ended the relationship.”