British Airways cancels flights to US after 5G concerns 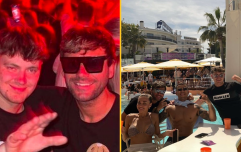 END_OF_DOCUMENT_TOKEN_TO_BE_REPLACED

Cancellations of flights from Heathrow to Boston, Chicago, Los Angeles, New York, and San Francisco have already been announced. At present, airlines are attempting to deploy other aircraft such as the Airbus A380 to ensure people can still catch their flights as scheduled.

Safety is always our priority, Lauren. We are monitoring the situation in the US closely and awaiting further guidance ahead of reviewing our schedule in the next few hours. 1/2 if you have any questions 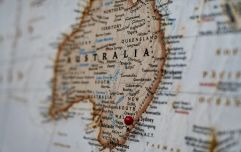 END_OF_DOCUMENT_TOKEN_TO_BE_REPLACED

The concern is that the activation of the C-band strand of the mobile phone service towers near American airports on Wednesday could disrupt aircraft navigation systems.

It is also thought that 5G technology may impact the Boeing 777, the best-selling long-haul widebody aeroplane ever, in particular.

BA said in a statement: "Safety is always our priority. We are monitoring the situation in the US closely and will continue to review our schedule in the next few hours.

"We're disappointed that some of our customers are facing potential disruption and will update them as soon as possible on any changes to their travel plans." 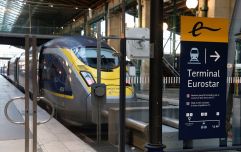 END_OF_DOCUMENT_TOKEN_TO_BE_REPLACED

US mobile networks like AT&T and Verizon have said they will not turn on their new 5G cell towers until it is confirmed the signal will not interfere with aircrafts' altimeters - the device used to measure a plane's altitude and crucial for landing procedures.

The Federal Aviation Administration (FAA) said: “Because the proposed 5G deployment involves a new combination of power levels, frequencies, proximity to flight operations, and other factors, the FAA will need to impose restrictions on flight operations using certain types of radar altimeter equipment close to antennas in 5G networks.”

popular
Martin Skrtel retires from football due to health reasons
Sheffield United manager sparks chaos in Forest clash after aggressive move on Djed Spence
Wagatha Christie: Wayne Rooney describes 'awkward' moment he asked Jamie Vardy to get his wife to 'calm down'
Tory MP arrested on suspicion of rape and sexual assault offences over seven-year period
Megan Fox reveals she 'cut a hole in the crotch' of her jumpsuit to have sex with Machine Gun Kelly
UK’s Sam Ryder may have actually come third amid possible Eurovision voting scandal
Amber Heard carried a make-up kit 'at all times' to cover bruises, court hears
You may also like
Life
Warnings over massive passport delays causing millions of ruined summer holidays this year
News
Grant Shapps gives Gove and Hancock serious competition with 'cringey' rail sale video
Life
Train ticket prices to be slashed by half in weeks as Government address cost of living crisis
News
Brit holidaymakers warned of ‘summer of chaos’ with ‘six month delays to hire new staff’
News
Easter weekend: Everything you need to know about airports, motorways, trains and the weather
Next Page