If you've been trying to buy a PlayStation 5, but can never find anywhere with the console in stock, don't worry, you're not alone. 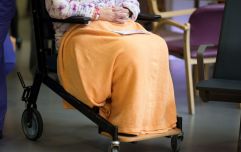 END_OF_DOCUMENT_TOKEN_TO_BE_REPLACED

Well, maybe you should worry, because it looks like the cause of the issue is not going away any time soon.

The reason PS5 stock seems to be selling out instantly everywhere is because bots are buying the games consoles in bulk to then sell for over double the recommended retail price.

As revealed on Twitter by @UKPS5Notify, an account dedicated to alerting people to new stocks of the console dropping in various stores, a bot bought thousands of the console in one go from the latest restock on the GAME website, before selling them eBay for over £1,000.

UKPS5Notify posted screenshots of a private account named @Carnagebot, bragging about acquiring a bulk supply of the PS5 to sell on for a profit, with the caption: "Any chance of stopping this anytime soon?", tagging GAME's accounts. 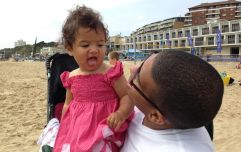 END_OF_DOCUMENT_TOKEN_TO_BE_REPLACED

And it's safe to say, understandably, gamers wanting to buy a console are not happy.

On Twitter user wrote: "This should just be made illegal, same for concert scalpers. F***ing scummy bastards."

Another tagged GAME, writing: "Enough is enough. It's time to act on this. Think about your genuine customers for once, not your profits."

There are laws that prohibit scalping when it comes to buying concert tickets, but those laws do not extent to retail products such as games consoles.

END_OF_DOCUMENT_TOKEN_TO_BE_REPLACED

Following the console's launch last year, a group of Scottish MPs tabled a motion to make scalping illegal, saying "new releases of gaming consoles and computer components should be available to all customers at no more than the Manufacturer’s Recommended Retail Price, and not be bought in bulk by the use of automated bots which often circumvent maximum purchase quantities imposed by the retailer."

No progress has yet been made.

popular
Olympic swimmers barely keep it together after Clare Balding compliments 'third leg'
What are the dark circles on swimmers' backs at Tokyo Olympics?
IOC praises trans weightlifter Laurel Hubbard before athlete’s Olympic debut
Harvey Price mocked in 'cruel texts from eight police officers'
Wayne Rooney has just delivered a masterclass in making a story disappear
Simone Biles points to historic abuse from coach in retweet attacking critics
New video of Wayne Rooney on night of ‘stitch up’ pics emerges
You may also like
Sport
Fans loved seeing Jordan Pickford living his best life after Euro 2020 heroics
Life
Going to the pub while off work sick is not a sackable offence, judge rules
Life
Mum gives birth to huge two-foot-tall baby who is one of heaviest in UK history
Life
Girl’s condition causes her to constantly hear sounds of people chewing, tapping, sniffing and snoring
Life
Carling is officially the most sold lager in UK pubs
Next Page